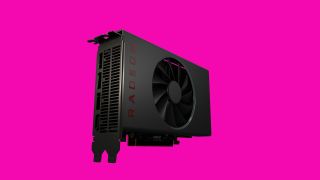 The amount of gamers using AMD processors has exceeded 20% going by Steam’s latest hardware survey, meaning this figure has increased by a factor of 2.5 since the beginning of last year.

If you go back two years (actually a month less than that) to the start of 2018, only 8% of gamers had an AMD processor. However, that did spike massively to 16.6% in June 2018, following the launch of Ryzen 2nd-gen in the spring.

But since last summer, while momentum hasn’t been anything like that, AMD has continued to boost its CPU adoption stats on Steam in a steady manner. And following the launch of Ryzen 3rd-gen in July of this year, it has put on another 2% (almost) to bring us up to where we are now.

Navi not so great

The graphics card arena doesn’t look so great for AMD, mind you, as we’ve also heard from other sources recently, with Navi products not making much of an impact going by November’s survey.

15.48% of Steam gamers have an AMD graphics card, compared to 74.55% for Nvidia (and 9.83% for Intel – meaning those with integrated graphics). While AMD is up almost half a percentage point on the previous figure for October, Radeon GPUs have pretty much been at a flat 15% for the last two years, so it’s not much of an increase in the overall picture.