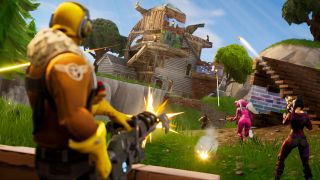 In June 2018, the World Health Organization (WHO) proposed adding “gaming disorder” to its list of globally recognized diseases, and now the Organization has officially agreed on the addition.

The 11th revision of the International Statistical Classification of Diseases and Related Health Problems (ICD-11) has officially placed “gaming disorder” alongside “gambling disorder” in its list of “disorders due to addictive behaviours”.

Specifically, this is categorized by “impaired control over gaming [...], increasing priority given to gaming to the extent that gaming takes precedence over other life interests and daily activities, and continuation or escalation of gaming despite the occurrence of negative consequences.”

The ICD-11 includes both online and offline gaming and addresses habits that are either continuous or episodic. For diagnosis, the patient would typically be exhibiting the aforementioned behavior for a period of at least 12 months, although this can be shortened if “symptoms are severe”.

Similarly, an entry titled “hazardous gaming” has been included as a “factor influencing health status”, which “refers to a pattern of gaming, either online or offline that appreciably increases the risk of harmful physical or mental health consequences to the individual or to others around this individual”.

“The increased risk may be from the frequency of gaming, from the amount of time spent on these activities, from the neglect of other activities and priorities, from risky behaviours associated with gaming or its context, from the adverse consequences of gaming, or from the combination of these.”

This is an ‘exclusion’ to the aforementioned “gaming disorder”, which means you can’t be diagnosed with both illnesses.

In response to the classification, representatives of the global video game industry – from the US, Europe, Canada, Australia, New Zealand, South Korea, South Africa and Brazil – have requested that the WHO changes its decision.

In a public statement, the gaming industry has claimed that the decision to include “gaming disorder” in ICD-11 is not based on “sufficiently robust evidence”. The Global Video Game Industry Association is “concerned [WHO] reached their conclusion without the consensus of the academic community”.

They also warned that “the consequences of today’s action could be far-reaching, unintended, and to the detriment of those in need of genuine help”.

While the adoption of the ICD-11 has been officially agreed upon, it won’t actually come into effect until January 1, 2022, so the gaming industry still has a few years to make its case.