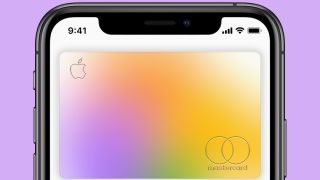 Apple has officially announced via a press release that its Apple Card, an actual credit card launched in partnership with Goldman Sachs and MasterCard, is available now for everyone in the US.

“We’re thrilled with the overwhelming interest in Apple Card and its positive reception,” Apple Pay VP Jennifer Bailey said in the press release. “Customers have told us they love Apple Card’s simplicity and how it gives them a better view of their spending.”

While the Apple Card is a true-to-life physical credit card – that comes in metal, no less – the company intends for users to manage and use their Apple Card through the Wallet app on their iPhones.

For the past few weeks at the time of writing, Apple allowed many to test out the Apple Card in a beta test. Today, anyone in the US can apply for the Apple Card right now through the Wallet app and, once approved, use the card digitally in minutes.

Why an Apple Card?

The Apple Card brings with it several more attractive, quality-of-life features that Apple hopes will paint it as the credit card of the future. These include a Daily Cash program that gives users a percentage of several qualifying purchases with key partners, particularly Uber, in a neatly contained "Apple Cash" pool from which they can apply that cash to other purchases.

Daily Cash includes 2% when using the Apple Card through Apple Pay, 3% when buying anything from Apple's online and physical stores and services and 1% on all purchases made using the titanium Apple Card.

Apple Card users also have access to 24/7 support simply by texting a contact in Messages on iPhone, and due to the card's supposedly supreme security, not even Apple is aware of the specifics of users' Apple Card transactions.

But, ultimately, the Apple Card is the latest in the company's attempts to keep its existing user base within its ecosystem however possible amid slipping hardware sales. Not only can Apple be your phone, your laptop, your watch and your headphones, but now Apple is also your music service, your TV service, your cloud storage and – today – in a way, your money.