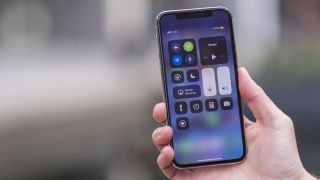 Getting iPhone X features without paying iPhone X prices sounds like a pipe dream, but Apple is said to be planning just that at nearly half its flagship phone's price.

In the US, that's the same price as the price-reduced last-generation iPhone 7. By the time the 6.1-inch LCD iPhone comes out, the iPhone 8 could occupy that price point.

The trade-off? This cheaper iPhone is said to exchange the X's fancy OLED display for a standard LCD screen. It's still expected to have an all-screen design and TrueDepth camera.

The 6.1-inch LCD iPhone rumors point to it being a cheaper version of the iPhone X, but it may have one feature that no other iPhone has had to date: dual-SIM support.

A dual-SIM iPhone at such a cheap price could be a game changer for Apple outside of the US. Switching between two carriers regularly is popular in parts of Europe and much of Asia, and it's where Android phones have taken the lead.

Other new iPhone models rumored for 2018 include an iPhone X2 and iPhone X2 Plus, the latter of which is also expected to get dual-SIM capabilities, says Kuo.

Not everyone should expect a dual-SIM iPhone in their country. Plans for a second version of the LCD iPhone are said to exist with a single-SIM solution for other countries, likely where carriers exert more control.

This is no surprise to us. Last year, we were given exclusive statements from both phone manufacturers and US carriers who told us that Western carriers make too much money off of international plans. It's unlikely we'll ever see a dual-SIM iPhone in the US.

That's a shame for globetrotting consumers because a dual-SIM iPhone would allow you to keep your regular number (everyone knows) active on one SIM, while getting cheaper data from a local SIM bought in the country or countries you're visiting.

This could make the supposed dual-SIM iPhone a popular import for those who can only buy the single-SIM variant in their country. US consumers importing the 6.1-inch iPhone and iPhone X2 Plus from Asia at launch? That'd be an interesting switch.