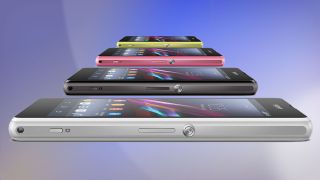 Is Sony's flagship about to get smaller?

Sony seems to be the only Android manufacturer that doesn't think that a smaller handset should necessarily come with mediocre internals.

As a result, the Sony Xperia Z1 Compact was an impressive little phone, capable of going toe to toe with the flagships while packing a comparatively small display.

Inevitably Sony was going to follow it up with an Xperia Z2 Compact and it looks like we might have our first glimpse at the specs courtesy of a brochure leaked to the Japanese blog ATRPG.

According to the brochure the Z2 Compact (or Xperia A2 as it's listed in the brochure) will have a 4.3-inch display with a resolution of 720 x 1280. It's tipped to have a 2.2GHz quad-core Snapdragon 800 processor and 2GB of RAM, along with 16GB of built in storage.

Additionally the brochure lists it as having a plastic back, dimensions of 128 x 65 x 9.6mm and that it will come in grey black, white, lavender and orange.

While those are some reasonably impressive specs they're not up to the standards of the full size Sony Xperia Z2, which has a 2.3GHz Snapdragon 801 processor and 3GB of RAM.

In fact the specs listed here are identical to those on the Xperia Z1 Compact which raises some questions about their legitimacy. If they are for real though then it's hard to see how this is much of an upgrade.