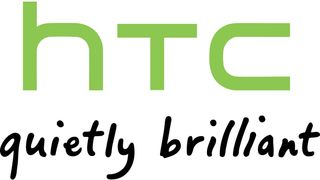 HTC wants to plant its flag in 2013 before the competition

New reports indicate HTC is already planning for the release of a new flagship smartphone during the first quarter of 2013.

Even though HTC's Droid DNA hit the market just a few weeks ago, the Taiwanese manufacturer is said to be working with its suppliers to gear up for the launch of a new handset - the HTC M7, which could also be known as the HTC One.

Multiple sources indicated HTC is making sure enough semiconductors and casings can be created to manufacture between 4 million and 5 million units of the phone during the early stages of the new year.

These reports indicate that as 2012 is coming to a close, the battle for 2013's market share is already heating up.

The race is on

Though details on the HTC M7 are sparse at the moment, it stands to reason that the Q1 release is a play by HTC to beat the Samsung Galaxy S4 to market.

The HTC M7 is rumored to include a 5-inch HD display, a Qualcomm APQ8064 quad-core processor and a 13 megapixel camera.

All of those features would be contained in a uni-body aluminum shell, though there's no indication as to the thickness of the phone.

Earlier Wednesday, purported images of the iPhone 5S leaked, which could also provide some competition for the HTC M7 and Galaxy S4.

Releasing the M7 ahead of both those devices could give the Taiwanese manufacturer a much needed edge in sales during the first half of 2013.

HTC has struggled to keep up with Apple and Samsung this past year, and saw its October revenue drop 60 percent from where it was in 2011.

Nokia also landed some big punches in 2012 with a trio of Windows Phone 8 handsets, including the popular Lumia 920 and the just-announced Lumia 620.

TechRadar asked HTC for more info, and will update this story if and when they respond.