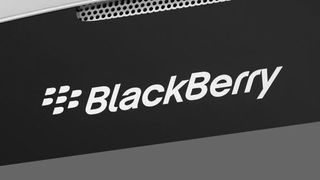 The old ones are always the best

Canadian smartphone manufacturer Blackberry isn't quitting the handset game just yet with the introduction of not one, but two new devices at MWC 2014 in Barcelona.

The headlining handset in the Blackberry Q20, a phone which CEO John Chen likes to call "the classic", as it harks back to the design of the firm's popular Bold range.

It brings back the "belt" (including a small trackpad and hard nav keys) above the QWERTY keyboard, a feature Chen revealed users were disappointed not to see on the Q10.

The Blackberry Q20 has a 3.5-inch display, a strong business focus (there may be some consumer appeal too) and will arrive alongside the new BES 12 enterprise system towards the end of the 2014.

The much rumoured Jakarta handset has also been confirmed as the 5-inch Blackberry Z3, with a release date set for April in Indonesia and then a further rollout in the rest of South East Asia after that.

Initially the fully touchscreen Z3 will arrive as a 3G device and sport a price tag of under $200, however Blackberry plans to move a 4G variant into wider markets later this year.