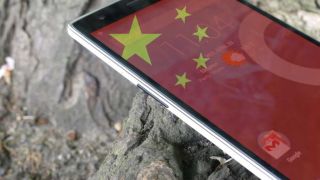 You'd be forgiven for thinking that it's iteration not innovation ruling the world of smartphones, with the usual suspects of Apple and Samsung resting on laurels and making sure that they do just enough to keep us clamouring for the next minor upgrade.

There are exceptions, such as the HTC M10 and LG G5, but generally most follow the same formula year on year - so where will the big changes come from?

The answer could well be China: a country that has stealthily moved from being a hotbed of cheap copies of popular handsets to genuinely innovative and alternative handsets.

We already know about Huawei, Honor and OnePlus - three Chinese brands which have managed to create a name for themselves in the West - but they're not alone.

With a wealth of smartphone manufacturing experience grown on home turf, even more Chinese brands are producing phones of higher specification and build quality that provide a genuine counter to Western competition, at a much cheaper price.

According to the IDC, sales of Chinese smartphones grew exponentially in 2015, and they're on an onward march that must be unsettling for phones' traditional big guns.

With ferocious marketing campaigns and strong budgets from domestic success, the likes of Apple, Samsung and Sony are already looking nervously over their shoulders.

We've taken a look at some brands you may not even have heard of, alongside a few more familiar manufacturers to pick out those that will be shaking things up in the next decade.

"I'll be very clear: Our aspiration is someday to be No. 1 in the mobile space," said Lenovo's Vice President J.D. Howard, in charge of developing the brand's smartphone business outside of China, following the dive-bombing of the PC market.

The brand has form in the Android and Windows game, having been an active supplier of tablets for a number of years now, but in phones it's still a relative unknown outside of its own territory.

Global sales figures show that Lenovo actually had the 5th highest worldwide smartphone sales in 2013 right after LG, and managed to outsell the Korean outfit in the 4th quarter last year. However, 97% of those sales were in China.

It's not for a lack of trying though: since its first Android smartphone 'LePhone' arrived in 2010, Lenovo has expanded its range with a plethora of different devices, and even took on NBA star Kobe Bryant to market its phones.

Lenovo's approach towards cracking the West is somewhat different to those of its more…hot-headed peers. Rather than simply rushing in and making bold claims, it waits and makes tactical purchases.

It did this with the ThinkPad brand of business laptops back in the 2000s, and now it has done the same for the mobile market, purchasing Motorola Mobility in 2015.

Motorola phones have since been folded into the 'Moto' brand by Lenovo, and the company has opted to release its first budget phone under the plain 'Lenovo' name in the UK, the K5 (a rebadged K5 Vibe).

This device sports a 5 inch 720 display, a 2750mAh battery and a Qualcomm Snapdragon 415 processor, backed up by 2GB of RAM. With full aluminium construction, it is certainly a head turner and is likely to make some headway in the UK, among other markets in the West.

Lenovo has been an established participant in the market for sometime, and it has the finances, persistence and expertise to continue. You can expect to see many more Lenovo (or Moto-branded) handsets on the high-street in the future.

Not an anagram for 'poop', or in any way related to faecal matter, Oppo is in fact an increasingly large player in the international phone market, having reached 4th in the global smartphone rankings. How has it achieved this? By being completely bonkers.

Of all the manufacturers on this list, and indeed against those in the wider world, few have dared to challenge the existing tenets of phone design in quite the same way as Oppo.

Devices like the N3, released back in 2015, have helped to build this reputation for whimsy. With a 6-inch screen, the N3 had a single camera, pointed towards the rear which was on a motorised hinge, allowing for complete 360 degree movement.

This was controlled via on screen controls, or a small Bluetooth dongle, which could also be attached to car keys to act as a 'security' device.

Or the R7, released in 2015 and then briefly the thinnest phone in the world at 6.3mm, or the Find 7, which came with a "50MP camera" (13MP, with a high-resolution mode). Oppo has carved a reputation for building slightly oddball handsets, which have nonetheless managed to sell well.

This is in no small part due to the engineering prowess of the firm, also known for producing some of the most high-end audio equipment in the world. Everything it builds is seemingly rock-solid, even if the bundled "ColorOS" is something of a chore to live with.

Oppo is continuing a relentless upwards trend, with devices such as the F1 Plus leading the charge in the UK at the moment. With an already not inconsiderable presence in the West, expect to hear a great deal more from this manufacturer in the future.

It may be somewhat tasteless to say, but it is a fair assumption to make that the moniker 'Chinese-made' still lacks the cachet of a phrase such as 'Swiss-made'. Vivo is attempting to change this.

It's through domination of the high-end market that the firm hopes to change this assumption, producing devices that are not only beautiful to look at, but solid enough to sink a ship.

The Xplay5 is the most recent example of this crusade for quality, skimping nowhere. With a QHD screen, 3,600 mAh battery, 32-bit audio with triple amplifiers, Snapdragon 820 processor, 6GB of RAM, 16MP camera and more, nothing is left out.

Indeed, the only thing holding it back (as with many of these devices) is availability, currently being sold only in mainland China and certain other territories.

And of those other territories, it is India where the brand is seeing the most success. Indeed, the firm passed beyond 6% of the total market share in India some time ago, and became the official sponsor of the Indian Premier League in October 2015.

Whether Vivo will ever choose to take its operations further abroad is a matter for speculation, but it ever does, heads will turn.