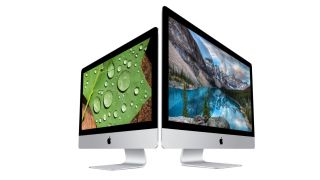 The latest stats on PC shipments from Gartner are in, and the figures show that the market has hit its lowest level in a decade, with Apple really struggling in the US, and Lenovo hitting troubled waters and losing its number one PC vendor spot to HP.

The figures for Q2 show that 61.1 million PCs were shipped globally, which is down 4.3% on the same quarter last year. Shipment numbers fell to the lowest level seen since 2007, and this is the eleventh straight quarter in which the market has declined going by Gartner’s stats.

As mentioned, Lenovo lost a lot of ground, with shipments dropping 8.4% compared to the second quarter of 2016, while HP Inc grew by 3.3% and overtook the number one spot for the biggest global PC vendor.

However, while Apple only dipped slightly in the worldwide picture (by 0.4%), Tim Cook’s firm dropped majorly over in the US with a 9.6% decline in shipment numbers year-on-year.

The overall US market actually dropped by more than the global average, experiencing a 5.7% dip, and Gartner observed that this was mainly due to ‘weak consumer PC demand’ which evidently hit Apple’s computers pretty badly given its more stable worldwide performance. Lenovo also suffered more in the US with a 16.3% drop in shipments year-on-year.

The major factor which hampered overall PC sales is a shortage of computer components, according to Gartner. Mikako Kitagawa, principal analyst at the company, commented: “Higher PC prices due to the impact of component shortages for DRAM, solid state drives (SSDs) and LCD panels had a pronounced negative impact on PC demand in the second quarter of 2017.

“The approach to higher component costs varied by vendor. Some decided to absorb the component price hike without raising the final price of their devices, while other vendors transferred the costs to the end-user price.”

And of course increased prices for consumers and businesses are hardly going to help when it comes to trying to flog more computers.

Another interesting point to note is that Chromebooks are having a negative effect on PC sales. Gartner doesn’t count notebooks powered by Google’s Chrome OS as PCs, and they’re doing particularly well in the education market, which is ‘moderately impacting’ the PC market according to the analyst firm.