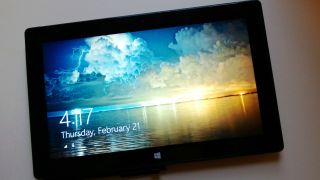 No Pro discounts on the horizon for Australia...

Microsoft will not be offering Australians the $100 price cut for its Surface Pro tablet that is being given to residents of Canada, China, Hong Kong, Taiwan and the US.

Speaking to TechRadar, a Microsoft Australia spokesperson said: "To confirm, between 4 August and 29 August, customers in Canada, China, Hong Kong, Taiwan and the US will pay US$100.00 less for Surface Pro."

News of the global promotion comes after the company discounted the Surface RT tablet around the world. Australians saw Surface RT prices drop between $100 to $180 across all models, with and without Touch covers.

Of course, discounts in Australia for the Surface RT came about a week after they were announced for the US and UK, so we may yet eventually see the new promotion here, too.

It should be noted, however, that the Surface Pro only made it to our shores at the end of May, while it had been on sale in the US and Canada since early this year, so chances of a discount are unlikely - even though there are already signs that the company may release Surface tablet refreshes within the next year.

But then again, an Australian parliamentary committee has also suggested we grey import cheaper tech anyway, so maybe an Aussie discount doesn't matter.