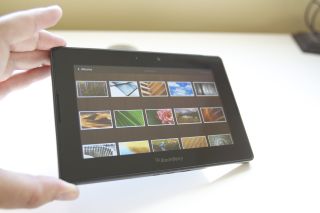 One day headstart for the PlayBook

Anyone who's itching to get their mitts on a BlackBerry PlayBook should pop down to Carphone Warehouse where they'll be selling the tablet a day earlier than anywhere else.

That's right, you can enjoy a whole 24-hours of exclusive PlayBook time before the great unwashed get in on the 7-inch QNX action.

Other retailers will be left scrabbling for customers when the official BlackBerry PlayBook UK release date hits on 16 June.

For your money, you'll get full-Flash-enabled web browsing, a 7-inch screen and Wi-Fi connectivity, although, as we noted in our review, it may be a better fit for the business world than the playful consumer.