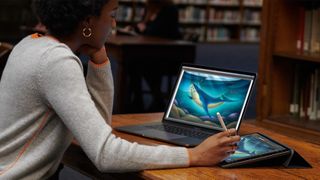 If you can’t wait until later this year to test out Apple’s latest operating system, then you can now download the macOS Catalina public beta.

Apple has now released the early version of macOS Catalina for anyone with a compatible Mac to try out. Initially, macOS Catalina was released as a Developer Preview, which required people to enrol in the Apple Developer Program, which costs $100 (about £69, AU$140).

However, the public beta is free. Check out our guide on how to download and install the macOS 10.15 Catalina public beta for steps on how to get the software.

As the macOS Catalina public beta is an early version of Apple’s operating system for Macs and MacBooks, you should only install it if you’re happy with the risk of running a beta version. Because it’s an early version, there will be incomplete features – as well as bugs and other issues – that come part and parcel with a beta release.

The aim of releasing beta versions is for people to test the software and report back with any problems. This will allow Apple to fix those issues before the official release of macOS Catalina, which we expect to be around September 2019, going by previous macOS releases.

If you rely on your Mac for important tasks and don’t want to risk running into any bugs or errors, we recommend holding off until later this year.

However, if you want to try out the very latest features then you can sign up for the Apple Beta Software Program. Just make sure you back up your Mac first.