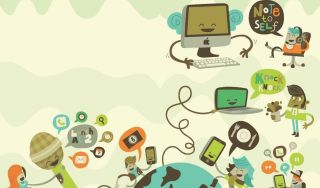 Has voice control finally come of age? While I’ve been barking voice commands at my Amazon Echo for a while now, and using voice-activated assistants such as Siri on my smartphone for even longer, I hadn’t really considered how far voice recognition has come in recent years.

What really got me thinking about this was talking to one of our regular writers, who mentioned that they use voice recognition software to write all of their articles.

What astonished me about this revelation was that when reading their work I had no idea – as it was as accurate (both in spelling and grammar) as work written traditionally using a keyboard – sometimes more so.

As I chatted to the writer about this, I asked them how fast writing using voice recognition was, and if it was as fast as typing. While it’s not quite as fast as typing (the writer is a very fast typer, after all), they insisted it was still very quick indeed.

Having not kept up with voice recognition software, there was only really one choice I knew of: Nuance and its Dragon NaturallySpeaking software. I used an earlier version many years ago, and while I had seen the potential, I had been frustrated that it couldn’t quite understand what I was saying (maybe my accent), and spent more time correcting errors than actually writing.

So, I was keen to give it another shot, so I got Dragon Professional Version 15, as I was keen to try out some of its more advanced features.

Of course, if you are not using it in a professional capacity, there is also Dragon NaturallySpeaking Home.

The key to a successful voice recognition application is training it to understand your voice, and so the more you use it, the better it becomes. Patiently correcting mistakes, rather than throwing down your headset and dismissing it, like I had done all those years ago, is the key.

Now that I am older (and slightly wiser), I’ve been working with the software to understand my voice – though I was actually pleasantly surprised how well it understood me out of the box.

Voice assistants such as Siri and Amazon Alexa have huge user bases, which they learn from – and the more people who use them, the smarter they get. This is a brilliant – and exciting – example of how software can learn through use.

As I continue to use Dragon Professional, I’ve been increasingly impressed – in fact, I wrote most of this article using just my voice. My next task will be to see if I can use my voice to control my PC as easily as with mouse and keyboard.

With Windows 10’s built-in Cortana voice assistant, that should hopefully prove to be pretty easy. Microsoft also has an excellent history of including powerful and useful accessibility tools in its software for people who are unable to use mouse and keyboard.

One of the most tiresome aspects of being a journalist is transcribing interviews – especially if, like me, you can’t stand the sound of your own voice. A nifty feature of Dragon Professional is the ability to drag and drop audio files into a folder, and it will automatically transcribe them.

It’s not flawless, and it’s prone to more errors than the voice diction part of the software, though that seems to be more down to the fact that there are multiple voices, as well as more ambient noise that’s picked up by my Dictaphone. Still, it does take the sting out of such a tedious process, and one that I’m eternally grateful for.

While I won’t be packing up my keyboard and mouse just yet, I’ve certainly been impressed with how far voice recognition has come, from Nuance’s software to my Amazon Echo, which works so well I sometimes take it for granted.