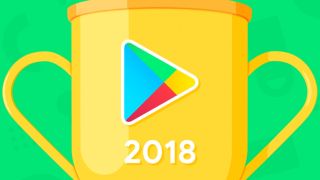 Lots of new apps have landed on Google Play over 2018 and we've highlighted many of the best in our best Android apps and best free Android apps guides, but only one can be the very best, and if you ask Google it's Drops: Learn 31 new languages.

This is an app which, as the name suggests, aims to teach you a foreign language, but it does so in bite-sized chunks using pictures and games to help you learn and remember the basics.

While that won Google's 'Best App of 2018' award, a number of other apps were also highlighted.

For 'Most Entertaining', Google selected five apps, namely VIMAGE (a cinemagraph app), No.Draw (an app for coloring by numbers), Neverthink (an app full of hand-picked web videos), TikTok (an app for creating and sharing 15-second videos), and Scout FM (a podcast player).

The best of the rest

Then there's 'Best Hidden Gems' category, which highlighted Luci (a lucid dream journal), Just A Line (an AR drawing app), Unfold (an app for creating story collages), Slowly (a messaging app that makes you wait between messages), and Learn Spanish With Lirica (which teaches you Spanish through songs).