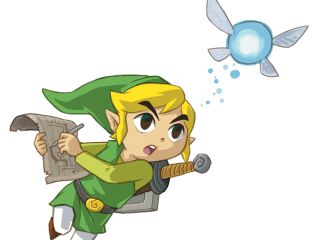 The latest NPD sales data is in for US game hardware and software sales throughout the month of April 2009, with the recently launched Nintendo DSi ruling the retail roost.

Over a million DS's and DSi's were sold in the US through April, while Nintendo was responsible for a phenomenal 56 per cent of all US hardware and software sales through the month.

"Looking ahead, we are excited to introduce active-play games like Punch-Out!! and Wii Sports Resort into the market," Dunaway added.

The results could not have come at a better time for Nintendo, with many industry pundits and hardcore gamers alike wondering what the company has in store to reveal at E3 2009 in a matter of weeks.

It will certainly be a disappointing E3 if Nintendo merely rehashes its recent successes with Wii Fit and reiterates its support to developers looking to implement Wii MotionPlus control into their new games. We can only hope that Mr Iwata and Mr Miyamoto have something clever up their sleeves to appease the hardcore…

"April would have been a great month to release a big new game because there weren't a lot of high profile new releases. In fact, you can see that the top 10 list for the month includes many games we've seen on the list for months, if not years," said Frazier.

Aaah, the benefit of hindsight! Those games publishers must be kicking themselves…