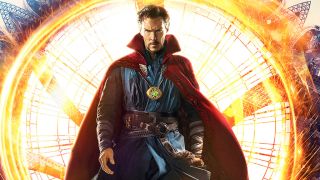 Original Spider-Man trilogy director Sam Raimi is in talks to direct Doctor Strange in the Multiverse of Madness, after Scott Derrickson left the movie last month. This report comes from Variety, which points out that the film begins production in May, meaning Marvel has to move fast so Raimi can prepare for the movie.

Raimi is a choice that'll no doubt delight a lot of superhero movie fans. His Spider-Man trilogy – jokes and memes about the dancing in the third one aside – was clearly the biggest influence on the movies of the MCU. The first movie set out what an origin story movie looks like for the modern age, and that template has now been done to death.

Spider-Man 2, meanwhile, was the highlight of the trilogy, with an all-time great villain in Doc Ock, and genuine character development for its protagonist. There still aren't many other superhero movies that compare.

It feels like Raimi could direct any MCU movie and be the perfect fit. But Doctor Strange 2 has previously been described as having horror elements, and Raimi, of course, cut his teeth making the Evil Dead trilogy. This would be his first movie directing gig since Oz: The Great and Powerful back in 2013. Fingers crossed it happens.

After the Spider-Man trilogy was completed in 2007, plans were made for a fourth movie in the series to release in 2011, potentially featuring Anne Hathaway as Black Cat and John Malkovich as Vulture. Raimi dropped out in early 2010 because the release date was too challenging, according to Deadline at the time.

These movies were then mothballed for the two disappointing Amazing Spider-Man movies (themselves replaced by the MCU Spidey movies starring Tom Holland). Whatever you think of Spider-Man 3, it feels like it would've been a better world with more Raimi Spidey movies in it.