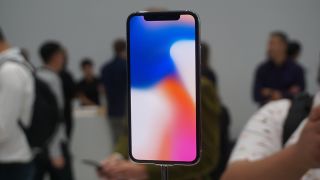 Apple has quietly launched another couple of official repair programs – that's where it acknowledges manufacturing problems with its products, and offers free fixes for all the devices affected. This time they cover the iPhone X and 13-inch MacBook Pro.

First up is the iPhone X, recently discontinued after the launch of the iPhone XS, iPhone XS Max, and iPhone XR. The handset may have an issue where the display doesn't respond correctly to touch inputs, or seems to react even when it's not being touched – so if you notice this behavior then Apple will repair your phone for free.

As with every repair program, Apple says you can take an affected iPhone X into an Apple Store, or an authorized Apple repair shop, or send it to Apple direct in the mail. Obviously you'll have to do without your phone while it gets repaired.

Apple, we have a problem

Next up is a problem that seems to affect a specific range of 13-inch MacBook Pros – those without the Touch Bar, sold between June 2017 and June 2018, with either 128GB or 256GB of internal SSD storage on board. It's that SSD storage that is reportedly the issue.

Apple says a "limited number" of these laptops have "an issue that may result in data loss and failure of the drive". You can check if your model is eligible on the web, and get Apple to swap out the drive for you, again free of charge. Of course you'll want to run a full back up of all your data first, because you'll get your MacBook back with a blank drive.

Again, you can head to an Apple Store or authorized repair shop, or post your laptop off to Apple instead to get it fixed. We've previously seem similar repair programs launched for the iPhone 8 and the keyboards on newer MacBooks, among other devices.