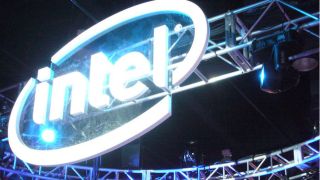 Intel CEO Brian Krzanich has resigned from the company over allegations he had a relationship with a fellow employee.

The computing giant confirmed that Kraznich, who has been chief executive since May 2013, has left the company with immediate effect due to breaking Intel's non-fraternisation policy.

Mr Krzanich, who has been credited with transforming Intel from a purely hardware-focused company into a multi-faceted computing organisation, had been married to wife Brandee, and was reportedly paid over $21 million last year.

“Intel was recently informed that Mr Krzanich had a past consensual relationship with an Intel employee,” the company said in a statement.

“An ongoing investigation by internal and external counsel has confirmed a violation of Intel’s non-fraternisation policy, which applies to all managers. Given the expectation that all employees will respect Intel’s values and adhere to the company’s code of conduct, the Board has accepted Mr Krzanich’s resignation.”

Finance head Robert Swan has been named interim Intel CEO, with the news coming shortly before the company was set to release its second quarter results.

In a guidance alert issued today, Intel raised its expectations for the quarter, predicting earnings of 99 cents a share, equivalent to $16.9bn in revenue.