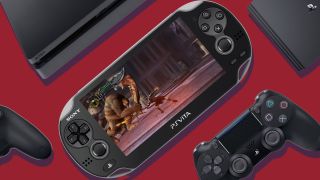 The biggest PlayStation event of the decade was undoubtedly the PS4's reveal in 2013. This defined the brand's fortunes for the entire generation, as Microsoft took a poorly received (and quickly abandoned) stance on game ownership that required online check-ins once a day. Sony, meanwhile, just focused on making and marketing a games console. By simply allowing pre-owned games on PS4 as it always had, Sony turned Xbox's mistakes into a major publicity win.

Over six years later, Sony ends the decade (and generation) as victors, while its rival, Microsoft, has spent the years since that E3 reveal absorbing some of the lessons Sony learned from the PS3. That is, you need killer exclusive games to sell your console, and that no one really wants to spend more than $400/£400 on a console at launch, especially when the games run better on a competing system.

The PS4 is now strongly associated with around five or six exclusive games that ended up being hugely significant to the console's identity. With the PS5 on the horizon, Sony's strategy around these kinds of big games has never seemed clearer.

As Herman Hulst, the new president of Sony Worldwide Studios puts it, "We are very committed to the types of games we've been making at Worldwide Studios for the last decade: big, spectacular experiences with story and characters at the core. We will keep making these games, because we love to make them."

From Horizon Zero Dawn to God of War, we saw that direction crystallize over the last decade, while Microsoft struggled to put out as many comparably high-quality exclusives.

At the start of this decade, though, Sony was roughly level with Microsoft on sales, having lost the clear advantage it had over the previous two decades. The PS4 flourished, in some ways, because it took the opposite approach to the PS3.

Learning from the PS3's mistakes

In 2010, the PlayStation 3 was just starting to get its act together.

The PS3 stumbled out of the gate when it arrived in 2006. From its ludicrous US launch price of $599 to the first model's lavish coat of varnish, it felt like the most ostentatious, pre-recession console Sony could possibly have made. It was a swift left turn from the games-for-everyone blueprint that allowed the PlayStation and PS2 to reach the mass market in a way that previous consoles had not.

The PS3's early years were also marred by a lack of good exclusive blockbuster games, the Uncharted series aside. It took until the start of this decade for that to change, with God of War 3 and Heavy Rain giving people reasons to get excited about the console after a long period of better exclusive games on Xbox 360.

Still, despite a slow few years for software, the PS3 was far from a failure: it sold over 80 million units, largely even with the Xbox 360, though its software library was arguably worse overall.

The PS3 also got something of a reputation for being difficult to develop for. Mark Cerny, the PS4's lead architect, focused on making the hardware easier to figure out by comparison. "The biggest thing is we didn't want the hardware to be a puzzle that programmers would be needing to solve in order to make quality titles," he told Gamasutra back in 2013.

The coming of the PS4

In retrospect, the PS3 was a necessary lesson: it allowed Sony to be prepared for the PS4, with a console that was reportedly easier to develop for, nicer to use, and (eventually) the home of great exclusive games that have ended up defining the system.

That hot streak took a little while to build up to, though: 2015's Bloodborne is the real starting point (unless you count The Last of Us re-release), which arrived 18 months into the console's lifespan. But then it didn't stop, with Uncharted 4, Horizon Zero Dawn, God of War and Spider-Man making the PS4 seem like a must-buy machine.

It's easy to forget, but the PS4 did have some exclusive duds in the year-or-so following launch, like Knack, The Order: 1886 and Killzone Shadow Fall.

But a slow start didn't matter, because the PS4 became the de facto home for multiplatform games to a lot of players. And Sony did something very smart at the beginning of the PS4 lifecycle: it backed Destiny, with an exclusive marketing and timed DLC agreement that made Bungie's FPS synonymous with the console. Microsoft, meanwhile, backed Titanfall. The former became a phenomenon, fashioning a new MMO-shooter sub-genre that most of its competitors have failed to compete with. Titanfall deserved to be a phenomenon, but it was on the losing platform.

The PS4 offers a far better online experience than the PS3 ever did, too, with easy party functionality and the clever addition of a Share button. The free games bundled with the paid PS Plus membership have generally been pretty good, as well.

Still, Sony didn't succeed across the board during this decade. Despite being a fantastic handheld device to actually use, 2011's PS Vita didn't find the same audience that the PSP did, unsurprising in a world dominated by mobile gaming. It's a shame, because the PS Vita is still arguably the best way to enjoy PSone games today, but not enough people cared.

Sony hasn't done everything right with the PS4, but it's sold more than 100 million consoles for a reason. The blueprint is here for future success. It gave people the games they wanted on hardware they like.

The PlayStation's dominance with blockbuster exclusives has led to Microsoft responding with a spending spree late in this decade, acquiring developers of great games like Obsidian and Ninja Theory. But that's an investment with an eye on the future, and it hasn't solved Microsoft's short term exclusive software shortage next to its competition.

The coming of the PS5

A content arms race is coming. Microsoft and Sony's interest in acquisitions comes during a generation where the consoles have mostly become indistinguishable in terms of third-party software, other than how the games perform.

The days of games like Metal Gear Solid 4 or GTA 3 shipping on one platform are well and truly over, unless there's a specific deal involved, like Rise of the Tomb Raider's temporary Xbox One exclusivity.

That means it's on platform holders to own and sell games that get people excited, and Sony is currently at an all-time high when it comes to that. Buying Insomniac, a long-time partner, gives them another studio that knows how to make a great story-driven open world experience.

Still, there are some parts of modern gaming where Sony isn't the clear winner. With Game Pass, Microsoft has created the kind of all-you-can-play subscription service that truly gets people excited, while PS Now has never felt like an essential part of our gaming lives. That's a strong sell for the Xbox Series X to take into the next generation, and it'll surely encourage Sony to revamp its own offering in time for the PS5 launch.

That's coupled to what seems like a certain apathy from Sony to make the most of its extraordinary back catalogue. Microsoft has done wonders with backwards compatibility in order to celebrate the Xbox's history, despite having less to sing about, and that's resulted in a deeper and better library on Xbox Game Pass.

PlayStation has had some highlights in this area, putting a disappointing PS Classic release to one side: high-quality remasters of Shadow of the Colossus and the Uncharted series helped those games find a new audience. But Sony should do more about celebrating its history on PS5. When Dragon Age turned 10 recently, the Xbox One was the only current console where you could play that entire series.

The PlayStation is also not as synonymous with indie games as it was at the start of this generation. That reputation now belongs to the Nintendo Switch, with games like Gris and Untitled Goose Game launching on Nintendo's console before the better-selling PlayStation. Ultimately, though, indie association is a nice thing to have, but it's debatable if it actually sells hardware.

We also get the sense that Microsoft is better prepared for the long speculated end point for consoles: that the device you play games on will no longer matter. We are not at that point yet, but Project XCloud is about playing Xbox games on any device you own. Sony's PS Now is compatible with PCs, but not phones and tablets, despite being around for a lot longer.

The next year will shape everything

Expect Sony's PS5 output to follow the template established during this generation: narrative-driven open world games are the PlayStation's thing now. What shows off the merits of new hardware than a big, pretty open world you can only explore on that system? Sony has one final effort in this space to come: Ghost of Tsushima, set in Japan in 1274, which is out in summer 2020. The thought of playing this kind of game with minimal loading screens, thanks to the PS5's SSD, is very enticing.

Sony is in a good position to repeat its success with the PS5. It's hard to envision any nuclear-level goofs like the PS3's reveal ever happening again, but then the next year brings plenty of unknowns. Which console will have the best price and launch line-up? That will be extremely important, and Sony is going up against a Halo, and it'll have to bring some big guns.

Everything that happens in the next year could end up defining Sony's decade, then - just like the PS4 reveal did in 2013.