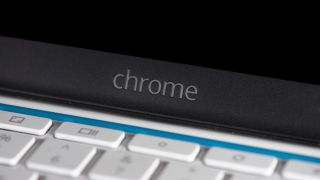 Kan Liu, Director of Product Management for Google's Chrome OS, has revealed that the Chromebook team at Google is bringing Steam to Chromebooks.

The news, reported by AndroidPolice, is certainly exciting, as it means PC gamers won’t have to rely on Windows to play games. According to the website, Liu implied that Google is working with Valve, the company behind Steam, to make this happen.

Valve has previously made Steam, along with a wide range of PC games, available on Linux, the open source operating system that ChromeOS is based on, and it seems that Valve’s work on moving Steam to Linux has made Steam on ChromeOS a reality.

While this move opens up the possibility for PC games to run on Chromebooks, most of these devices (which grace our best Chromebooks page) are affordable devices with basic specs.

That means they’d only be able to play the most basic of PC games, rather than blockbuster AAA titles like Cyberpunk 2077.

However, even that is a start, offering Chromebook owners hundreds of titles, from 2D indie games to retro classics, that could potentially run on their machines.

As we’re seeing with new Chromebooks like the Samsung Galaxy Chromebook, which was recently revealed at CES 2020, there will be a new generation of Chromebooks with more powerful specs that could potentially run more demanding games.

With Steam on Chromebooks, you could also stream games from a more powerful gaming PC to a Chromebook using the Steam in-home streaming feature, turning a Chromebook into an affordable portable gaming device, regardless of its specs (it just needs a reliable network connection).

If this does result in Steam coming to Chromebooks, then this is great news for PC gamers and Chromebook owners alike, as it means more choice for them.

It’s not quite such good news for Microsoft, however, which used to enjoy near total dominance when it came to operating systems for PC gaming.