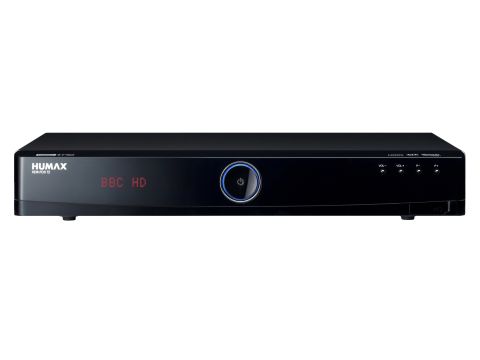 The Humax HDR-FOX T2 - could it be the best Freeview+ HD PVR yet?

Freeview HD receivers such as Humax's own HD-FOX T2 are great for watching subscription-free high definition TV but are no use when it comes to time shifting, as the copy protection police won't allow you to make HD recordings on to external devices such as a DVD recorder or PVR.

Hence the significance of Freeview+ HD, where several players are eager to cash in on a potentially lucrative market.

The HD-FOX T2 was the first ever Freeview HD receiver, but Humax sensibly avoided trying to cash in on the World Cup with a prematurely early release of its debut PVR – a lesson that Sagemcom will have learnt with its RT190-320 T2 HD, which was poorly received, and is only now properly ready for sale, having received numerous software updates.

Humax has a very good reputation in the Freeview PVR market, and the HDR-FOX T2 is expected to do a similar job for the company in the fledgling HD sector. The box certainly has its work cut out, with rival models appearing left, right and centre on an almost weekly basis.

The HDR-FOX T2 joins the likes of the Samsung BD-C8500M, Digitalstream DHR8205U, Triax T2-HD 217 PVR, Philips HDT 8520, 3view 3VHD, Sharp TU-T2HR32 and the aforementioned Sagemcom among the Freeview+ HD fraternity, alongside as models including the Panasonic DMR-BW880, which brings a Blu-ray burner to the party, allowing you to copy HD shows in high definition on to Blu-ray.

The mega-bucks Panasonic aside, most Freeview+ HD boxes are priced at around £300 for a 500GB model, with one or two 320GB variants available for just £50 less.

The 3View model is easily the best value uniquely offering BBC iPlayer, YouTube, Facebook and Google online browsing, plus multi-media networking, with the promise of Sky Player to come.

As it stands, Humax's HDR-FOX T2 is geared up to enjoy VoD later in the year, with Sky Player and possibly BBC iPlayer joining the PVR party, courtesy of a software update.

For now, the box's non-Freeview talents are restricted to multimedia file playback from USB or DLNA compliant devices connected over a wired network.