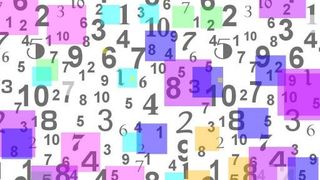 Math was my weakest subject in school, but I still find numbers and the processes to discover new ones wonderfully fascinating.

Today, my inner math geek was treated to the news that a computer has found the largest known prime number ever - two to the 74,207,281 power minus one. The number, called M74207281, is 22,338,618 digits long, racking up almost 5 million more figures than the previous record holder.

To put that into even greater perspective, if you were to print M74207281 out on paper, using millimeter-size type, the resulting sheath would be about 22km in length.

If, like me, integers hurt your head, you may need a reminder that a prime number is a number larger than one that can only be divided by itself and one. Those on the hunt for these massive primes typically multiple by many twos then subtract by one.

The new mega prime is too big to be of practical value, but the search for primes like this is key to putting computer hardware to the test. Software developed by the group that's searching for these rare primes discovered a flaw in Intel's Skylate CPUs as well as hardware issues in numerous privately owned PCs, according to Mersenne.org.

And while a computer did the heavy computational lifting, humans were still needed to eliminate non-prime numbers from the pile.

Check out the video below to learn more about the new record-holding prime:

Via BBC and Engadget