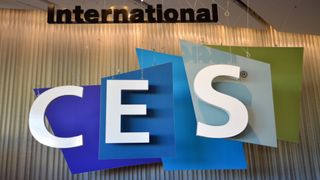 After stockings have been stuffed and presents have been collected, tech fans the world over are given one final gift at the start of the new year: CES.

The mother of all gadget conventions unites all technophiles for the common goal of seeing the latest and greatest companies like Samsung, LG, Sony and more have to offer.

There's one problem: with dozens of beautiful, black bezel screens, around a hundred handsets and more speakers than a football stadium, it's easy to lose track of the coolest upcoming products.

So, to that end, we've put our power-loving, speed-infatuated, shiny screen-addicted minds together to list out all the products we're most excited for and the ones we think you should be excited for, too.

Off the back of the well-received Nexus 6P, the Chinese firm is finally getting its name out there.

The hope is the 6P will help shake Huawei's "budget phone" reputation, and the Mate 8 will look to build on the success of its partnership with Google. The handset has already launched in China, but we fully expect the international version to appear in Las Vegas.

Expect the Mate 8 to basically be a beefed up version of the 6P, with a similar premium metal finish and that circular rear-mounted fingerprint scanner. Could this be the point where Huawei goes from challenger brand to worldwide contender?

Samsung buying Smartthings back in 2014 was meant to be the kickstart the smart home arena needed. But it hasn't turned out that way. Yet.

I am really hoping that Samsung shows off an enhanced version of Smartthings that showcases the true power of the connected home. At the moment, smart homes are basic – no one has really connected all of the dots, linking your thermostat with your security camera with your car and so on. Smartthings has the power to do this, we just haven't seen it yet.

The Surface Book is one of the best hybrid laptops I reviewed last year, but – oh boy – is it hurting for some accessories. While there are always big product announcements at CES, a large portion of the show floor is actually occupied by smaller companies that make accessories.

I'm hoping to see a few things including an Surface Dock that's actually affordable or a third-party charger from Zolt (hint). Maybe even a monitor arm that interfaces with the Surface Books Clipboard to make it a makeshift desktop.

Wireless earbuds do currently exist, but more as an expensive and rough proof of concept than anything you'd actually wear on a day-to-day basis. It makes sense that this is technology that's tough to crack, what with the challenge of cramming the battery, Bluetooth receiver, as well as modern controls and possibly even a microphone inside something small enough to fit into your ear. But, I'm hopeful that 2016 is the year for wireless earbuds.

Chevy is supposed to show off the production-ready Bolt electric vehicle (EV) at CES. The all-new EV promises 200-miles of range at a sub-$30k price after the $7,500 federal tax credit. As an owner of a 2015 Nissan Leaf, the Bolt's range solves my annoyances with the Leaf and is a candidate for a potential replacement.

Combined with Chevy's support for Apple CarPlay and Android Auto connectivity, I'm hopeful the Bolt will be the car to propel EV's to larger market adoption, and the infotainment system won't suck.

Hey, remember that concept for a fully modular gaming PC that Razer put out way back at CES 2014, Project Christine? Call it a pipedream, but it sure would be grand to see the firm make good on the vision.

After building my own gaming PC for the first time in almost 20 years, there are few things I wouldn't have done for a plug-and-play method. Of course, Christine still hangs on whether chip and part makers would come on board. And, let's be real, we have a better chance of seeing Half-Life 3 at CES than we do a market-ready version of Christine.

But a man can dream, can't he?

OLED is a stunning piece of visual technology. Paired with a quality 4K Ultra HD source and high dynamic range support, the experience can be almost transformative. But, sadly, pretty much every OLED TV is of the curved variety. Only LG's recent EF950 series has brought the tech to the flat panel.

Panasonic's first foray into the wider world of OLED was a $10,000 beast, but an absolutely gorgeous one, though again was only available with the divisive curves. I'm desperate to see Panasonic's Ultra HD and HDR image processing skills brought to bear on a more affordable flat screen TV.

Last year, Lenovo rocked CES by introducing the Lenovo LaVie Z laptop and convertible. Both devices were the lightest notebooks in the history of their respective classes. It'll be interesting to see if Lenovo has another weight loss trick up its sleeve, or if it'll be changing the game in other ways.

Although the LaVies weren't the best mobile computers introduced at CES (see: Dell XPS 13), they were revolutionary and helped to improve the overall laptop landscape. You can't always be the best, but being avant garde certainly has its merits.

If we're being honest, I'd really like to see Nintendo's next system, codenamed the Nintendo NX. But since the house of Mario has displayed a serious aversion to attending the king of all technology shows for years now, my second pick is the consumer-ready version of the HTC Vive.

I'm excited to ditch the lackluster Samsung Gear VR which, currently, is the only consumer-friendly entryway into virtual reality. CES will be our final look at the Vive until it releases in April of 2016, e.g. four short months from now. The time's a' ticking, so a good showing next week would alleviate many of our fears about launch day.

I'm looking forward to seeing a genuinely decent 4K television that isn't going to break the bank, although it remains to be seen if it's Samsung, LG or old warhorse Sony that manages to pique my interest.

2016 is definitely the make or break year for VR, and I'm expecting this to be reflected at CES. The HTC Vive is definitely garnering huge praise, but Facebook-owned Oculus is still the front runner, narrowly ahead of Sony's PlayStation VR.

Maybe there will be a wearable that I actually need – but I'm not holding my breath...

I don't expect major smartphone announcements, outside of the Huawei Mate 8 that John already covered. The Samsung Galaxy S7 and HTC One M10 are supposed to show up at MWC 2016.