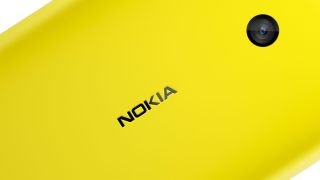 Nokia could announce its first VR product at a private event next week in Los Angeles. While no clues as to the device’s appearance or functionality have been shared, sources close to the company claim that Nokia Technologies, the same group behind the attractive Nokia N1 tablet, are spearheading this VR project. So, whatever Nokia’s working on, it could and should look really good.

It only makes sense that Nokia would get into the VR game. Heck, it’d be stupid if it were to sit this one out. HTC is doing VR. So are Microsoft, Samsung and Google. Even Facebook is giving it a go with its purchase of Oculus Rift. The tech world at large has VR squarely focused in its sights.

I’ve seen some awesome VR products that have me excited (and slightly terrified) for the future, but my curiosity is piqued most by Nokia because of its unique position in the market. Microsoft still owns Nokia’s phone division, but Nokia Technologies remains independent and is one of few major companies that isn’t restricted to making a device exclusively for one platform or operating system.

What Nokia will decide to do with that freedom, I’m not sure. But I’m eager to see what the company has been working on next week.