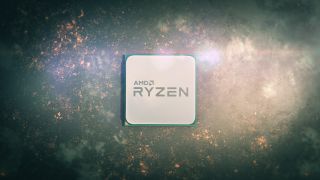 References to Zen 3, the architecture of AMD’s next-gen Ryzen desktop processors, have turned up in the Linux kernel, hinting that these chips might just arrive sooner than we think.

New versions of the Linux kernel are often combed through as they emerge, looking for clues like references to unreleased hardware, and this time around it’s Komachi_Ensaka (a prolific leaker) who spotted details of AMD’s ‘Family 19h’ processors, and shared them on Twitter.

As Techspot, which reported on the tweet, points out, Family 19h refers to Zen 3 silicon. Zen 2 – the architecture on which existing Ryzen 3rd-gen CPUs are built – is Family 17h.

The fact that it’s a new family underlines what we’ve previously heard: that Zen 3 is a whole new architecture, with major gains expected as such. Indeed, some speculation contends that Ryzen 4000 desktop processors might witness a 20% performance leap over and above current Ryzen 3000 products.

Which could possibly leave Intel in a difficult position, particularly if its next-gen Comet Lake desktop processors are delayed – with potential issues around power consumption seemingly causing trouble if the rumor mill is right. And certainly something seems amiss somewhere – these CPUs were widely expected to be at least teased at CES, but were a complete no-show.

Zen 3 appearing in the Linux kernel doesn’t mean the release of Ryzen 4th-gen chips is around the corner, by any means, but it does hint that perhaps the mid-year point, or just after, could be feasible for release. And if Comet Lake slides to maybe even May, as current speculation holds, that could leave these Intel chips almost immediately facing off against the next-generation of Ryzen.

AMD CEO Lisa Su recently confirmed that Zen 3 will definitely be out in 2020, and that the company is going to be “very aggressive” with its CPU roadmap, again hinting that we might see Ryzen 4000 desktop chips sooner rather than later in the second half of the year.

Naturally, all of this is merely theorizing on launch timeframes, but Intel is doubtlessly feeling the CPU heat in more than one way right now. The company has already lost enough ground in the desktop processor arena to AMD, without further slipping up.