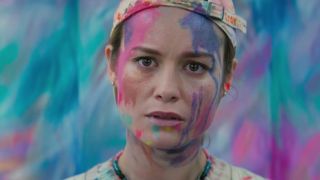 If Netflix is your go-to TV streaming service of choice – and for many it is – you can now rest easy knowing that Panasonic's 2019 range of OLED TVs has been certified as Netflix Recommended, alongside a handful of LED models.

Of course, these sets could play the Netflix app anyway – so what does this extra qualification get you as a viewer?

Basically, that means the Panasonic range fits a list of seven basic criteria that ensure Netflix is simple to access and use, such as a television remembering the app you had open the last time you turned it on, apps opening quickly, easy access to the Netflix app from the home screen, and a dedicated Netflix button on the remote.

The set must also be a 4K Ultra HD TV, to make the most of Netflix's high resolution content, with the latest version of the Netflix app installed and dynamic updates to the Netflix shows and Netflix movies shown in the background of the app. A television must fit five of the seven criteria in order to receive certification.

Panasonic joins the ranks of Samsung and Sony, with premium (and some mid-range) televisions from all three manufacturers making the cut.

It was a slightly different story in 2018, when only LG and Sony were certified. But it looks like more manufacturers are jumping on the Netflix wagon. Panasonic, especially, was a likely contender, given the dedicated Netflix mode available on its OLED TVs.

While it is somewhat odd to see TV manufacturers catering to specifications by a single content platform, Netflix certainly has enough sway among viewers.

Netflix is one of the, if not the most popular streaming service, so it makes sense to have an automatic Netflix button on a remote than perhaps, say, Hulu in the US (though we have seen buttons for Amazon Prime, and FreeView Play in the UK.)

Will Netflix keep that sway going forward, though? With numerous streaming platforms already splintering the market, and big hitters Disney Plus and Apple TV Plus on the horizon, we wouldn't be surprised to see a broader certification for the TVs most suitable for TV streaming services in general.

Criteria for that could involve a seamless smart TV interface, prioritization of streaming apps on the home screen, and a number of buttons or hotkeys on a remote that can be programmed to your favorite apps, Netflix or otherwise.