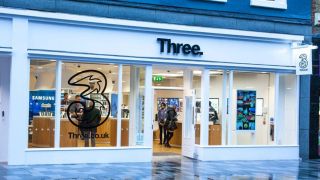 Update: Three has confirmed to TechRadar that the issues plaguing users is almost rectified - the full statement is in the page below.

Three suffered a huge network outage in the evening of October 16 (and continuing well into the next morning), with many users complaining they can't access data or calling.

Three first confirmed via Twitter that there is an issue with voice and data that's being looked into, and has released the following statement to TechRadar:

“Following technical difficulties with our services across voice, text and data, some customers have experienced an intermittent service today. For the majority of customers, the network has been restored so they can make calls, send texts and use data.

"We are aware that some customers are still experiencing issues and our engineers are continuing to work to fix this. To help with the process we advise our customers to turn their phones off and on or turn airplane mode on and off, which may resolve the issue.

"The service is returning to normal, and we expect it to be resolved over the course of the day.

"We are sorry for the inconvenience caused to our customers.”

There has been a technical issue with our network and our engineers are working to resolve this.

When will it be fixed?

Our engineers are working to resolve this as soon as possible.

Is there anything customers can do?

If you turn your phone on / off or turn it onto airplane mode and then back on, it may help.

Three's Twitter response looks like it was written quickly on a mobile - minimal capital letters suggest that this was dashed off as the public outcry has grown quickly. (Three's Twitter support page also hadn't been updated - beyond replies - since September 3, although it's now pinned the same Tweet from the main account).

Multiple members of the TechRadar team saw data and calling down overnight and this morning, but are now finding that connections are being restored by restarting their device.

Turning your phone off and on again is the thing that brings back data connection - our tests of doing such are showing a 4G signal and data connectivity grinding back into life, so we suggest you do the same if you're struggling.

Could this be the reason?

One engineering-focused Twitter user, Peter Clarke, has pointed out that there are network migrations - moving systems over to new, better ones - happening at the moment, and this could well have caused the issues:

Three's in the process of migrating to a new core network. I suggest this may be a result of that, large scale migrations of core networks seldom go completely smoothly... https://t.co/dID46OPUMrOctober 17, 2019

The #ThreeDown campaign has been trending today - with many taking to Twitter to express outrage at the situation.

Looking at tools that monitor and track outages across mobile networks (such as Down Detector) it seems that the issue is increasing across the country - likely as users exit their home Wi-Fi and realise that data isn't picking up the signal.

We're seeing that the reports of the outage are starting to drop as connectivity begins to return - the number was starting to drop rapidly later in the morning, so it seems issues are being resolved:

A lot of users are demanding compensation, although the question of whether compensation will be given out for an outage under 24 hours is a tricky one.

If you feel you deserve some level of recompense, you can head over to Ofcom to see what options are available to you - and we've asked whether Three will be providing compensations to affected customers.

We'll update this story as and when we find out what's actually happening to Three's network - but this isn't the best timing for the provider, as rival O2 has pushed out its 5G services across the UK on the same day.

And it looks like we've already reached the point of British bitter humour - the jokes about the outage have been rolling out...

Good morning metline travellers.We are currently operating a better service than Three. #threedown ✌️Currently no reported delays.Watch out for the Extinction Rebellion protestors. Please don’t attack them or resort to violence. Let’s all have a safe journey. 🙂October 17, 2019

Looks like #ThreeUK has decided life was better without phones after all. pic.twitter.com/u8L1eYSa9f17 October 2019

And is this the weirdest #ThreeDown tweet out there?