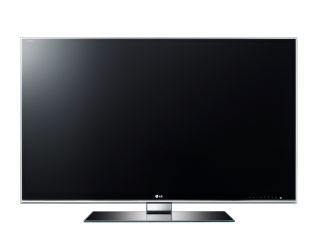 LG has made massive moves in the 3D space at CES 2011, announcing a whole host of new TVs and PCs which use passive 3D to bring the third dimension to consumers.

Speaking to TechRadar, the company said that it was excited by its new passive 3D technology which offers high-quality flicker-free 3D through low-cost glasses and that there is "real opportunity" that its Cinema 3D range will bring 3D to the mass market.

"Not only do we have the technology that brings 3D to the masses we have the backing of Sky who thinks that our TVs are the right fit for its 3D channel."

LG's link-up with Sky could be a game changer for 3D in the home, as it is two powerhouses of technology working together to bring the right 3D message across to consumers.

3D can be confusing for the average TV buyer, notably because there are two types of 3D available to buy at the moment: active and passive.

LG is the only company which is touting both technologies. Early this week, TechRadar was given the impression by LG Display – a separate section to the consumer arm of LG – that active technology was not going to be on LG's roadmap for much longer, but this definitely isn't the case.

"We are using active 3D for our PZ950 plasma screens as this technology works really well," said Trueman.

"We are backing active for plasma and this isn't set to change."

But Trueman also notes: "Sometimes you do have to back one horse, though, and we believe that passive technology will crack the mass market.

"We have made massive strides with the change from LCD and LED and we are overcoming the quality barriers for passive technology."

LG's booth was the busiest at CES 2011 this year and it may have something to do with its passive theme.

Attendees were given one pair of polarised glasses and told that these glasses work for viewing content for all LG 3D content, from its Cinema 3D TVs to the laptops on show.

LG's passive technology may be the one thing to get Joe Public to put its money into 3D and make the technology ubiquitous.

Trueman has high hopes for the technology and thinks the key to it ending up in homes the UK over is ease of use and quality, explaining: "Ultimately, I would like the 3D experience to be just as good as the 2D one."

LG's flicker-free LW6500 3D Cinema range, which is part of the world's first passive 3D LED range, is definitely one step closer to this.