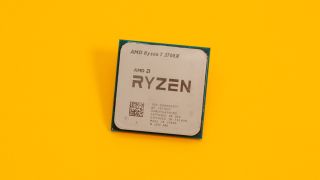 AMD's latest Ryzen 3000-series CPUs may actually be sold at close to their maximum performance potential, as can be seen by the limited overclocking potential found by Silicon Lottery's binning process, Tom's Hardware reports.

Normally, the binning process is an effective method of letting the best performing PC components show their potential - so not all silicon will perform equally. Through the process of manufacturing processors, there are just some that will perform better than others.

The hardware is tested, and if it has higher potential than another part, that will show. Hardware manufacturers already do their own binning, with many different of versions of certain components actually just being binned versions of the same hardware.

What sets Silicon Lottery apart, however, is that it finds the best processors for you. Silicon Lottery is seeing with the Ryzen 3000 series is that AMD has effectively binned the new CPUs itself. This means if you buy a new CPU at the high end, it's very likely already offering close to its maximum performance potential. While there is still some overclocking headroom on some chips, even a bit of luck isn't likely to give you a huge leap from stock speeds.

While there's clearly a little more power available from these CPUs, there's not a lot. And, not all of the CPUs that Silicon Lottery binned managed to go so high. The company is also selling Ryzen 9 3900X units that only overclocked to 4.0GHz. There are lower units of the Ryzen 7 3700X and 3800X as well.

There isn't information yet on how many of the CPUs binned by Silicon Lottery managed to achieve those highest overclocking numbers, but those details should appear in the coming week.

What this does mean for customers though is that buying one of the newest Ryzen CPUs means you're getting pretty close to the performance advertised. Of course, this all comes down to the base clocks anyway. Each CPU has its boost speed to offer increased performance when a computer needs it. And, so far, we've seen these new processors delivering performance that's plenty high out of the box.