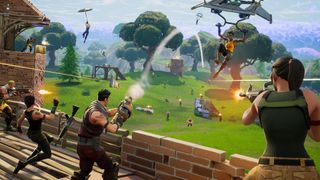 There’s some good news for those who have laptops with Ryzen Mobile processors and integrated Vega graphics, because AMD has released new official drivers which now support these chips, bringing impressive performance gains across various games.

The backstory here is that ever since AMD launched these Ryzen Mobile CPUs (or APUs as the firm prefers to call them) back in October 2017, headed up by the Ryzen 7 2700U, they haven’t had official driver support from the company.

Instead, post-launch, folks with these Ryzen-powered notebooks have had to rely on laptop manufacturers for driver support – and even when it comes to the big players such as HP or Dell, driver releases can be patchy and sporadic.

However, as Tom’s Hardware spotted, with the release of its Radeon Software Adrenalin 2019 Edition version 19.2.3, AMD has (finally) officially introduced support for Ryzen Mobile processors with Vega graphics. It’s certainly been a long wait, then, but better late than never.

The further good news is that AMD promises some impressive frame rate boosts here, with an average performance gain of 10% across a selection of benchmarked games (including Rise of the Tomb Raider and The Witcher 3) when compared to the AMD Ryzen Mobile launch drivers (version 17.40).

The picture is even brighter for esports titles, with an average performance gain of 17%. Counter Strike: Global Offensive and Fortnite witnessed boosts of 23% and 22% respectively, AMD claims (on a laptop running the AMD Ryzen 5 2500U backed up with 12GB of system RAM).

That could potentially be the difference between life and death in these sort of online shooters, of course.

For further details on the drivers and known issues, check out AMD’s release notes here. Also note that those running a desktop rig with an RX Vega 64 graphics card should see around a 3% performance gain in Dirt Rally 2.