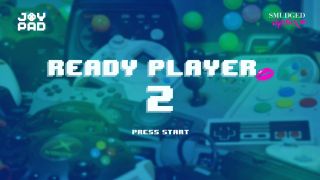 Online dating may have long shed its stigma, and practically everyone you know has probably swiped potential dates on Tinder. However, online dating can still be a cesspit of crushing anxiety, as you try to make yourself as Instagram-presentable as your recent photo library will allow. And that’s before you even have to deal with rejection, indifference, or fending off unwanted creeps who won’t stop messaging you.

You might think cutting through the hoops and meeting people IRL might be better, but these are also a mixed bag. I mean, would you normally hang out in this pretentious wine bar? Is a stranger on the Internet really worse than talking to a stranger you probably have nothing in common with? During these multiple forced meet-cutes, you’re not really sure whether to make idle small talk or ask the ‘big questions’.

Suffice to say, I have a lot of scepticism with dating, and am about ready to quietly accept dying alone. Nonetheless, when a new dating event comes along that lets you go and play video games, it means I have at least one reason to check it out.

‘Ready Player Two’ comes from organisers Joypad Bar – London-based retro gaming party specialists with a track record for putting on events like club nights in trendy Hackney warehouses, trashy film screenings or burlesque shows, all of which also happen to let you play video games. To that end, their latest venture is essentially speed-dating, where you also happen to play video games with each other.

Ready Player Two works much like any other speed-dating event. In a basement bar located just off King’s Cross Station, you’ve got about a dozen men and a dozen women getting to know each other for five minutes at a time. But instead of facing each other awkwardly, you’re both actually facing a CRT monitor, controller in hand, playing through games of yesteryear on a good old-fashioned Mega Drive, SNES, N64 or Gamecube consoles – none of that emulation malarkey.

If nostalgia is a romanticised view of the past, doesn’t that make retro video games romantic by association? Aside from the fact you have to sit together to play old games, Joypad director George Swain highlights the technical merits of retro games for speed dating. “You can just pick them up and play them straight away,” he says. “You can start a race in Mario Kart on the N64 in 8 button presses. On the Switch, it’s something like 28 button presses. It’s just practically better.”

The event does however take a rather traditionalist structure, where the women stayed seated while the men move around at the sound of a ringing bell. It’s a slight imbalance, given that the men get to sample a whole range of retro gaming while the women are stuck with one the whole evening almost like a booth attendant - the upside is they have chosen their game in advance (they can also opt to swap the cartridge or disc if they get bored).

Mario Kart was a popular choice for the night’s gamer-daters, as was Smash Bros – and there was something charming about getting to play different iterations of these games in one evening (Nintendo consoles were certainly in the majority too). But it was also a chance to replay some obscurities like Duck Hunt (light guns, remember those?) or unusual ports like the hideous Atari 2600 version of Donkey Kong.

Rather than going through the tedium of asking what someone’s into, it felt refreshing having one date nerding out over Star Wars: Rogue Leader on the Gamecube, or another making their choice of Street Fighter III: Third Strike a fun talking point.

Not that anyone’s keeping a tab of gamer credentials. “I’ve always had a slight distaste for the term ‘gamer’,” says Swain. “It doesn’t really have an equivalent in any other media, and I don’t think it has a place anymore in the sphere of people who enjoy video games.”

Indeed, the dates I spoke to all had different relations to games, from those who haven’t picked up a controller since their school days to a few who still actively play the latest releases, while one single parent mentions how her kid ropes her in for the odd session of Fortnite.

Regardless of experience, an interest in retro games simply puts everyone on an equal footing. “It gives you a talking point,” says Swain. “It’s not really interesting to talk to someone and go, ‘Oh, I got this on at the minute,’ or ‘I was playing this last week’. But say, ‘Oh, I remember when this came out’, and you can talk about that time of your life, maybe you went to similar places or did similar things – it’s a way to just connect in a broader way.”

Activity-based dating events aren’t exactly a novelty. Dating company Smudged Lipstick, who Joypad has collaborated with for ‘Ready Player Two’, actually puts on many different types of events every month, from Jenga to life-drawing classes to escape room events. Basically, they’re interested in more than “just sitting across someone in a speed-dating scenario,” says founder Jordi Sinclair. “We do all kinds of weird stuff that’s going to challenge people to get out of their comfort zone.”

It’s a bit ironic that a company with an ethos on getting people away from staring at screens and improving communication and body language would get involved in an event where guests are basically staring at screens most of the time. But ‘Ready Player Two’ turns out to be a good match for both organisers: it really is about having fun first, meeting someone second.

“We’re not going to tell you you’re going to meet ‘the one’, or ‘love is just around the corner’,” says Sinclair. “We’re just letting people relax and not feel like it’s a dating event. You just walk in, play a game, have a laugh, and just organically get to know each other.”

Even if it turns out trying to beat someone at Mario Kart or Street Fighter and having a conversation at the same time is trickier than it sounds, the point was it didn’t really matter. There wasn’t any particular pressure to put a tick against someone’s name at the end of the night, so long as you had fun.

“Dating’s always going to be dating. We just do what we can to make it easier,” says Swain. “The worst thing you can say about this event is you came and spent a couple hours playing video games with people. You’re not going to have a bad time doing that.”