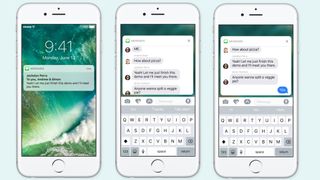 Want to get your hands on all the juicy iOS 10 features we saw at WWDC last month? Now is your first chance as Apple opens up the public beta for its updated mobile OS.

You're able to update your Apple devices now, but we wouldn't recommend doing it to your primary iPhone or iPad as it features a few bugs which may effect performance of some apps.

iOS 10 brings with it big updates to the messaging platform as well as a variety of other design tweaks.

MacOS Sierra is also released in its first public beta now and we'd expect watchOS 3 may also see an update, but that has not been confirmed by Apple.

If you want to download the latest public beta, follow the steps of the guide just below.