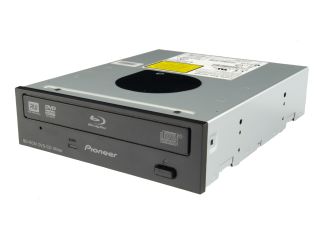 Pioneer expects Blu-ray demand to be boosted by Beijing Olympics

Pioneer has slashed the cost of its combo Blu-ray PC drives over in China by a whopping 40% down to a very affordable price of around £70.

You might want to pick up one of Pioneer's BDC-S02BKZ combo Blu-ray PC drives should you (or any of your friends) be heading over to the Olympics in Beijing this year.

Pioneer expects that as the Olympics in August get ever closer, that consumer interest in high def content will peak notably, with a concurrent spike in demand for Blu-ray enabled PCs.

Pioneer also plans to slash the cost of its BDC-S02 combo drive in Taiwan to around $230 USD, including a free Blu-ray movie.