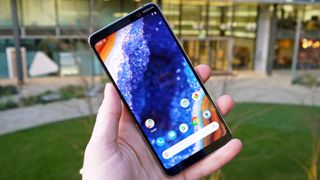 While Nokia is typically a mid-range and budget phone champion, it does release the odd flagship from time to time, and that's exactly what we're expecting the Nokia 10 to be: the new best phone from the company.

Other phones we expect to see in 2020

Well, when we say Nokia 10, we could also be referring to the Nokia 9.1, or 9.2, as we'll get in to below. Suffice to say, Nokia's confusing naming habits mean we're not totally sure what its new top-end phone will be called.

There are a few rumors we've heard about the upcoming Nokia 10 (or whatever it lands as), and we've listed them below. There's not much, though, so we've also written a wish list of all the top features we're hoping to see in the new Nokia phone.

Latest news: HMD Global, which owns the Nokia brand, has dropped out of MWC 2020. This could mean the Nokia 10 launch is pushed back, or changed, so for now the future is uncertain for the Nokia 10.

We were expecting the new Nokia flagship to be shown off at MWC 2020, as HMD Global (the company behind current Nokia phones) had a press conference there on February 23, but due to coronavirus fears the keynotes speech was cancelled so we're not too sure when we'll see the phone.

The phone could launch as the Nokia 10, but we've also heard that we might see the Nokia 9.2, an improved version of the Nokia 9 PureView that was launched at MWC 2019. We've combined rumors of both in this article, but we possibly could see the Nokia 9.2 and Nokia 10 released separately as two different phones, so bear that in mind.

Whenver the Nokia 10 is shown off, we could see a release date soon afterwards – another Nokia phone we were expecting to see at MWC 2020 is slated for a March 4 release date, just 10 days after the keynotes date, so we could see the same 10-day period after whenever the launch event turns out to be.

Then again, one rumor suggested the Nokia 9.2 (as the source called it) will be delayed until late 2020 to give the company time to improve its specs somewhat.

Regarding price, the Nokia 9 PureView launched for $699 / £549 / AU$980, and we'd expect a new 'better' phone to cost at least that much, if not more. Saying that, unless it's a huge upgrade on the older phone we wouldn't expect it to cost a whole lot more.

We're calling the new smartphone the Nokia 10, because its predecessor was the Nokia 9. However, as noted above we've heard a few different names that the brand could use for its new smartphone.

The first is the Nokia 9.1, which makes sense in a way, because when the company releases updated smartphones it uses a decimal system – the Nokia 7.1 was succeeded by the Nokia 7.2, for example. This name would suggest the new flagship is just a slightly improved version of the 9 PureView, not an entirely new device.

Then again, we've also heard Nokia could skip 9.1 and leap straight to 9.2, a name possibly chosen to make up for the fact it could be delayed until later in 2020.

That would be quite a bizarre leap, but arguably no more so than, say, Samsung skipping from Galaxy S10 to S20.

We've heard the successor to the Nokia 9 PureView could be a 5G handset, which would make it the first Nokia device that's also a 5G phone.

Even the company itself confirmed it's looking into making an affordable 5G phone, but given the cost of other such handsets on the market as of writing, even a device at the Nokia 9's price point would be considered 'budget' for a 5G phone.

We've heard that Nokia's next flagship won't be shown at MWC 2020, so that it can have the top-end Snapdragon 865 processor, as the Nokia 9 had a slightly outdated chipset and it suffered as a result. According to this rumor the delay will allow it to use that processor.

The announcement of Nokia 9.2 is likely to be delayed until the autumn due to the replacement of the processor on the Snapdragon 865.#Nokia9 #NokiaMobile #HMD #Nokia2020 pic.twitter.com/DbAFdMFi6vDecember 30, 2019

Something else we've heard about the next Nokia phone, possibly the Nokia 10, is that it could have an under-screen selfie camera instead of one housed in a notch or bezel, which is a premium feature that could be slightly out of place on a Nokia phone unless this is a truly top-end device.

Presumably this device wouldn't be a Nokia 9 PureView successor, then, as that's a high but not quite top-end phone. For this feature we'd expect a truly cutting-edge flagship.

Speaking of cameras, a source speaking to Nokia Power User claims the Nokia 9.2 PureView (as they call it) will have a very different camera setup to the Nokia 9, though they don't elaborate on how it will differ.

Finally, we've heard that Nokia has a foldable phone in the works, and while it's highly unlikely the Nokia 9.1 or 9.2 would be this device, it's possible Nokia could release this handset as the Nokia 10, marking it out as a big leap.

Here are some features we'd hope to see in the next Nokia flagship phone, to make it's a true contender to the other premium phones out right now.

While the Nokia 9 PureView had five rear cameras, we actually found the photo-taking capabilities weren't great, and that's because the cameras all had the same lens and resolution, with the only difference being that some were black and white.

The company did this to ensure its phone took fantastic standard pictures, but because of this it didn't have any snappers with an ultra-wide or telephoto lens, and therefore there was less versatility in terms of pictures you could take.

In the Nokia 10, or whatever the new Nokia flagship is called, we'd hope for a few different lenses, so we can take zoomed-in pictures, decent macro shots, and more. Higher-res sensors wouldn't hurt either.

While the Nokia 9 PureView didn't have a terrible chipset, its Snapdragon 845 chipset was the top-end piece of tech from the year before, and so plenty of phones from 2019 beat it in terms of performance.

Since one of the phone's unique selling points was that it took five photos at once, and exported them as RAW files, a good processor would have been useful.

We'd like to see the current top-end chipset in the Nokia 10 or Nokia 9.2, which will almost certainly be the Snapdragon 865 if the new phone releases in 2020.

This processor would provide the phone snappy processing (obviously), which should be great for photo capture, graphical rendering for games, and even possibly 5G connection, since that chipset has a built-in 5G modem.

It seems like 2020 could be the year that 5G phones really start becoming affordable, with devices like the Samsung Galaxy S10 5G, OnePlus 7 Pro 5G and Oppo Reno 5G from 2019 all setting you back quite a bit to buy.

We'd like to see Nokia lead the cheap 5G phone charge, with a device that most people can afford (although a 5G plan will still probably be pricey). The Nokia 9.2 could be a prime candidate for this if prices are kept in line with its predecessor.

One thing we found about the Nokia 9 PureView is that it wasn't exactly the most comfortable phone to hold, with steep angles on the edges and a totally flat screen, in a year when lots of flagships started using curved displays.

On top of that the phone didn't seem to have oleophobic coating, which meant your fingerprints really easily showed up on its screen and body.

If HMD Global really wants its flagship to compete with the other top-end, or even mid-range, smartphones of 2020, it's going to need to create a phone that's great to look at, not just to use.