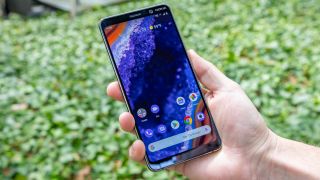 Last month, we reported on a rumor that Nokia's next flagship would be delayed until the latter half of 2020 in an effort to avoid obsoletion at launch.

Now, a new rumor from the same source suggests Nokia may have finally found the killer feature that will allow its upcoming device, presumed to be the Nokia 9.2 PureView, to stand out from the pack.

According to Twitter user @nokia_anew, Finnish mobile phone company HMD Global is currently testing under-display selfie camera technology in regards to the Nokia 9.2 PureView, which would eliminate the need for a notch or pin-hole cutout in the handset's display.

If the rumor is to be believed, it would presumably make Nokia's 9.2 PureView one of the first phones to bring the stealthy selfie functionality to market.

Along with the need for a standout new feature, it's believed that the decision to delay Nokia's next flagship was made to ensure the device packs the latest Snapdragon 865 processor at launch.

At the time of its release in February 2019, the Nokia 9 PureView carried an outdated Snapdragon 845 chipset that resulted in the device feeling a generation behind the competition, so it wouldn't surprise us to see the company trying to avoid making the same mistake again.

Of course, all of the information above should be taken with a pinch of salt at this time – we'll likely have to wait until after MWC 2020 to hear something a little more concrete.