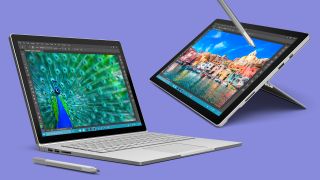 A new set of firmware updates have been released for the Surface Book and Surface Pro 4, with some useful fixes including better speech recognition powers for Cortana when it comes to the former more expensive hybrid.

Although note that you won’t see these updates unless you’ve already upgraded your 2-in-1 to the Creators Update for Windows 10.

As mentioned, the big change for the Surface Book is tweaked Realtek High Definition Audio drivers, aimed at improving Cortana’s speech recognition. Exactly how it’s improved isn’t detailed, but presumably the digital assistant will simply run more smoothly all round, and hopefully offer a greater level of accuracy when it comes to interpreting your commands.

The other two updates are to the Intel Smart Sound Technology audio controller and OED respectively, both of which are supposed to improve offline video playback in apps.

As for the Surface Pro 4, that just gets those two updates which pep up offline video playback – but not the Realtek update for Cortana. Before you get disappointed on the latter score, though, the SP4 hasn’t been missed out here, because it actually received this Cortana boost at the end of last year.

It is, in fact, the Surface Book which is playing catch-up here.

If you haven’t got the firmware updates through yet – although remember, you need to be running the Creators Update to do so – you can manually check for them. Simply click on the Start button, then 'Settings, Update & Security', and select 'Windows Update'. You can then click on 'Check for Updates' to do just that.