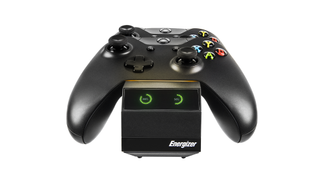 In the past year we’ve seen recalls of everything from HP laptop batteries to Samsung Note 7 smartphones as a result of their batteries fulfilling their potential as fire hazards rather than power providers.

The latest product in a lengthening line is PDP’s Energizer-branded Xbox One 2X Smart Charger. As a result of reports that they “can overheat and damage the Xbox One video game controller, posing a burn hazard to consumers” the Consumer Product Safety Commission and PDP have announced a recall for the chargers across the US, Canada and Mexico.

There have been 24 reports thus far of “the chargers overheating and deforming the charger’s plastic cover, including 6 reports of chargers emitting a burning odor”, alhough fortunately no injuries have been reported.

These chargers are extremely popular and are sold at several major retailers, so the recall numbers are fairly high at 121,000 units in the United States, plus 7,250 in Canada and 2,560 in Mexico.

Not every unit is being recalled, though, only those with the serial number 048-052-NA printed on the bottom of the station. If your device has that number then you should return it for a refund immediately.

And even if yours doesn’t have that particular serial number, it’s worth being vigilant and keeping your nostrils alert for the smell of burning plastic.