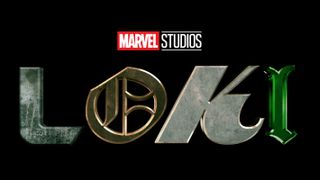 In case you were in any doubt that the upcoming Marvel TV series on Disney Plus were going to tie directly into the Marvel Cinematic Universe movies, good news: Marvel Chief Creative Officer Kevin Feige says you'll probably need a Disney Plus subscription to understand everything in future Marvel movies. On the other hand, if you wanted to watch the films without getting a Disney Plus subscription, that would make this bad news.

Feige discussed this in an interview with Bloomberg, where he also explained that the upcoming Loki series starring Tom Hiddleston will tie into 2021's Doctor Strange and the Multiverse of Madness.

Note that Feige is paraphrased, rather than directly quoted: "If you want to understand everything in future Marvel movies, he says, you'll probably need a Disney+ subscription, because events from the new shows will factor into forthcoming films such as Doctor Strange in the Multiverse of Madness."

As for Loki's connection to Doctor Strange's sequel, Feige is directly quoted on that: "I'm not sure we've actually acknowledged that before... but it does."

This appears to be the first time this has been revealed, but it's not too surprising given that this show is about a Loki from a different reality. Viewers of Avengers: Endgame will remember that one version of Loki in an alternate timeline managed to escape, shortly after he was arrested following the Battle of New York.

The Loki TV show will launch on Disney Plus in early 2021, and comes from Rick and Morty writer Michael Waldron and Sex Education director Kate Herron.

Since Wanda Maximoff (Elizabeth Olsen) has already been confirmed to star in Doctor Strange's sequel, we already knew the upcoming WandaVision series, coming in early 2021 after Loki, would be required viewing ahead of that release. But this cements the fact that these series will be fundamental to the viewing experience of the MCU going forwards. That pins a lot on the guaranteed success of Disney Plus – but then this is the biggest entertainment property on the planet right now. On paper, it's not much of a gamble.

In the same article, Feige revealed that there were once plans for a Jeremy Renner-led Hawkeye solo movie, which now, of course, has become a Disney Plus series too.

It's all connected (finally)

Still, this is a different era of Marvel that we're about to enter. For a long time, the TV division hasn't been connected to Marvel Studios – hence the weird disconnect you'd get between the films and TV shows (why wouldn't The Defenders help fight Thanos, eh? Wouldn't someone find out that Agent Coulson is still alive?).

That's all likely to change now, though, as Feige was promoted last month to Marvel Chief Creative Officer. That reportedly puts comics and TV under his wing as well as the movies, which makes sense ahead of the big Disney Plus launch where the TV shows are a fundamental part of the offering.

Disney Plus launches next week in the US, Canada and the Netherlands, and in March in the UK. Other countries will follow across the next two years.