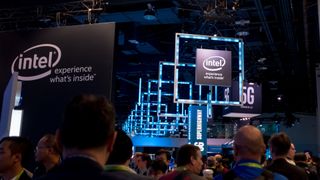 Intel's re-entry into the world of dedicated graphics cards almost seems inevitable and now there are at least three reports that seem to back up the theory.

Bonus: Apparently @Rajaontheedge is redefining Arctic Sound (first Intel dGPU), was originally targeted for video streaming apps in data center, but now being split into two: the video streaming stuff and gaming. Apparently wants to “enter the market with a bang.”April 6, 2018

Further backing up this rumor, both Forbes and Tweaktown claim to have confirmed that Intel is indeed working on a discrete graphics card for gaming. Both reports suggest that Raja Koduri, vice president of the Core and Visual Computing Group at Intel, is building a ‘great team’ for such an effort.

Coincidentally, the company is hiring no less than 102 engineers, developers and other great minds for its graphics-centric project.

All signs seem to point to Intel getting back into the graphics world and specifically for gaming – and honestly it makes a lot of sense. Although, Intel is fully established itself in the processor world, for the last few years it has been diversifying into other avenues such as Optane memory and SSD storage.

Graphics cards seems like the ultimate venture for Intel to explore with gaming and, to our chagrin, bitcoin mining making them sell like hotcakes. Plus, with Nvidia and AMD being the only two big names in GPUs, this segment of PC components really could use a new player.