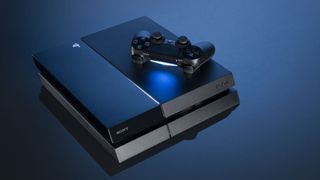 On February 20, 2013, Sony held a live “See the Future” PlayStation event in New York to unveil its latest innovative console: the PlayStation 4.

Well it’s now six years later, to the day, and the PS4 has cemented its place in gaming history – fulfilling the promises Sony made all those years ago.

In celebration of the sixth anniversary of the PS4’s announcement, we’ve picked our six favorite PS4 games – one from each year since the console’s release in 2013 – that we feel truly pushed the console’s capabilities.

It wasn’t easy, and there were a lot of disagreements. So take a walk with us down memory lane...

The year that the PlayStation 4 released wasn’t exactly a hotbed of gaming gems, but one title truly stood out in 2013 and has created a following that's more popular than ever: GTA V.

GTA V in itself was a marvel in game design, with a map larger than any the series had seen to date, an abundance of varying missions and activities, and a riveting story. But it’s GTA Online that got everyone talking.

GTA Online is the online multiplayer mode of GTA V and released just two weeks after the core game. However, GTA Online didn’t exactly have a smooth start. At launch, GTA V’s online mode was plagued with server issues, bugs, and players having trouble connecting to the Social Club web service. Although Rockstar released a technical patch shortly after, there’s no denying GTA Online’s launch was a trash fire.

Fast forward six years and GTA Online has one of the largest game communities in the world. While Rockstars treat GTA V and GTA Online as separate commodities, for us, the two go hand-in-hand in pushing the boundaries of open-world titles and the capabilities of creating a lasting online multiplayer game with a loyal community, that isn’t restricted solely to PC.

You may be wondering why we have included The Last of Us: Remastered but not The Last of Us. Simple, the remaster is the paramount version. Not only does the remaster enhance the original’s graphics, feature rendering upgrades, a higher frame rate and a better combat system, it also includes additions to gameplay and the heartbreaking Left Behind DLC.

A PlayStation exclusive, The Last of Us: Remastered is how the game should be played. Thanks to the power of the PlayStation 4, we've finally seen a game with narrative and graphics comparable to a big budget film. It set the high standard that we now hold PlayStation exclusives to and proved that not all videogame motion capture results in the dead-eyed characters of L.A. Noire or Beyond: Two Souls.

This proved one of our more difficult choices, but ultimately Bloodborne won out due to its stylish Victorian-Gothic world which was unlike anything we had seen Sony publish before. While Bloodborne is part of FromSoftware’s Souls series, it was different than what we had seen from the developer before and showed that just because a game is difficult, doesn’t mean it needs to skip on design.

Bloodborne is the pinnacle of beautiful Lovecraftian-horror, brought to life by the PlayStation 4 and an exclusive partnership with Sony.

The cartoonish gaming mascots of the ‘90s might be gone, but the PlayStation 4 ushered in a new age of life-like characters to represent the brand. However, none are as charming as Uncharted’s Nathan Drake (they’re even making a feature film about him).

Uncharted 4: A Thief's End finally seen explorer Nathan Drake’s journey coming to an emotional and beautifully written end, brought to life on the PS4 more cinematically than any other games in the series. It was the final chapter fans deserved.

By 2017, there was an abundance of titles optimized for the PlayStation 4 but few made the impact that Sony’s Horizon Zero Dawn did. Following the final chapter of Nathan Drake, the PlayStation needed a new mascot to fly the flag and it found one in the feisty warrior Aloy.

Horizon Zero Dawn has cemented itself as one of PlayStation’s standout exclusives, with a captivating performance by Ashley Burch (who you may remember as the voice of Chloe in Life is Strange) and a fascinating open-world that seen the past and future collide together in stunning fashion, pushing Sony’s boundaries beyond what we had seen them do before.

Last, but certainly not least, is the critically acclaimed God of War. Choosing a favorite PS4 games from last year was tough, the PlayStation 4 is nearing the end of its life cycle and so developers have learnt how to truly push the console to its limits and harness its power.

There’s no better example of this, or the pinnacle of modern gaming, than Sony Santa Monica’s God of War. While we’ve seen a variety of installments in the God of War series (some good and some bad), none have shaken up the formula the way the most recent addition did. This PlayStation exclusive title managed to turn a grumpy, rage-fuelled God into a complicated father, set against a spectacular Norse world of mythology.

God of War will go down in history as one of the PlayStation 4’s essential titles and paves the way for an exciting future as we anxiously await the announcement of the PS5.