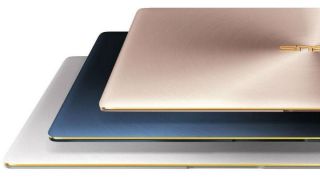 In August, Asus announced the ZenBook 3 (UX390UA) and the Transformer 3 Pro for India. Both of these laptops were first announced by Asus in Computex 2016 alongside the ZenFone 3 series of smartphones.

The ZenBook 3 which is positioned by Asus as its flagship ultrabook is fashioned out of an aerospace-grade aluminium alloy with the company’s trademark ‘spun-metal’ texture that is also seen on the ZenPhone 3.

It is incredibly thin and svelte, clocking at 910 grams with a maximum thickness of 11.9mm. It packs a 12.5-inch full-HD display with Gorilla Glass 4 to help protect from scratches, a backlit keyboard, Harmon-Kardon speakers for a premium audio experience and a 6-cell, 40WHr battery which Asus claims will give you up to 9 hours of battery life.

It also supports quick charging which will give you 60 percent charge in just 49 minutes The laptop which looks similar to Apple’s newest MacBook, also sports a set of similar I/O ports with a USB-type C port for charging and data transfer and a headphone/microphone combo port. Unlike the MacBook, the ZenBook does sport a fan for efficient cooling which is supposed to be the world’s thinnest at 3mm and an 82 percent screen to body ratio.

The Asus ZenBook 3 comes in three configurations, with the top of the line variant with a Core i7 processor, 16GB of RAm and a 512GB PCIE SSD priced at Rs 1,47,990.

Globally, the ZenBook 3 is also offered with a 1TB SSD but there is no pricing information for this variant for India as of now. The laptop is supposed to ship with a laptop sleeve, a carry bag and a dock.