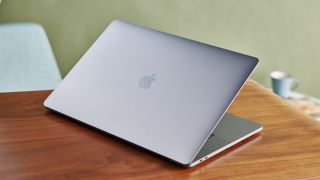 Apple could make Macs with AMD rather than Intel processors in the future, at least if clues spotted in the macOS operating system are anything to go by.

As highlighted on Twitter by @_rogame, a well-known leaker, the code for the macOS Catalina 10.15.4 beta contains various references to AMD’s APUs (which stands for Advanced Processing Unit – the firm’s name for a CPU with integrated graphics).

As you can see in the tweet above, there are mentions of Picasso, Raven, Renoir, and Van Gogh – and these follow previous references in past Catalina beta releases, as Mac Rumors observes.

So this could point to Apple planning a switch from Intel to AMD chips, and there has certainly been much speculation fired up concerning that prospect, although obviously, we shouldn’t get too carried away with this rumor.

It would, however, seem Apple is at least testing out – or has been testing – some of AMD’s APUs with a view to building a future Mac or MacBook around them.

Game for a Mac?

This also seems to have resurrected chatter about the purported $5,000 gaming Mac, a pretty wild rumor floated at the start of 2020, and one we were highly doubtful about at the time – and still remain so.

If it was even considering this line of attack, Apple wouldn’t be looking to build a high-end gaming machine around an APU – it would want to use discrete graphics for obvious reasons (note that Apple does indeed already use AMD’s GPUs in its products, such as the new MacBook Pro 16-inch).

But perhaps this does point the way to the possibility of something like a gaming-targeted Mac mini, in other words a more wallet-friendly offering which would make sense with an APU. That is, of course, wild speculation…

At any rate, in the broader picture, if Apple is mulling a switch to AMD, that raises the prospect of adopting powerful many-core Ryzen CPUs for Macs eventually, and that’s obviously a potential scenario Apple fans are getting excited about.

After all, the chatter about Apple switching away from Intel has been going on for some time now, and would seem quite plausible for various reasons. Intel’s chip shortages have affected Apple’s Mac sales in recent times, remember, and of course all the persisting security issues with Intel CPUs are doubtless another worry regarding the chip’s giant silicon.

Another possibility that the grapevine has been buzzing with is that Apple could switch to ARM chips, and the rumors that Intel will be ditched from Macs, one way or another, are certainly seeming to strengthen as the months go by.