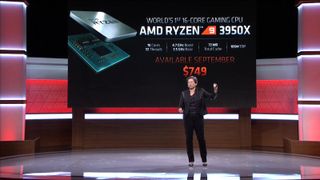 There are rumors out there that Lisa Su is leaving AMD, but don't worry – they're unfounded.

This unsubstantiated rumor came from Wccftech, and is potentially industry-impacting news. Lisa Su is widely credited with helping AMD get its CPU business back on its feet, to the point where the AMD Ryzen 7 3700X has outsold almost the entire Intel product stack.

According to Wccftech's report, Lisa Su is planning to leave AMD to get the #2 position at IBM, eventually taking over as CEO, replacing Ginni Rometty. This would be a big move, and apparently she's wanted this position for a while – but, it just isn't true.

Lisa Su herself came out on Twitter, saying there's "zero truth to this rumor" – so that pretty much puts the speculation to bed. At the end of the day, it doesn't make much sense for her to leave now anyways, as AMD processors are better than they've ever been, and the graphics cards aren't far behind.

Just for the record, zero truth to this rumor. I love @amd and the best is yet to come!August 6, 2019

This is an unsubstantiated rumor, so you should never put too much stock in it, but because of everything Lisa Su has done in her time with AMD, it's easy to see why these rumors quickly spread – as it would be huge news, if true.

Thankfully, Lisa Su will be staying on as AMD CEO for the foreseeable future.