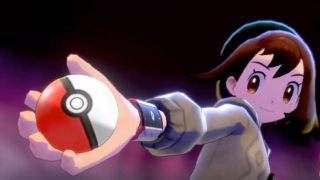 Has your Pokémon Sword and Shield game crashed unexpectedly while you're trying to access online features like Y-Com or Surprise Trade? It may be that you’ve been the victim of hacked Pokémon entering the Poké-ecosystem for the latest mainline games.

How did this happen? As reported by Polygon, it seems that some Pokémon modders putting their own, modified creations into the Pokémon Sword and Shield games have been maliciously causing crashes and connectivity issues through the Surprise Trade feature – which swaps out a creature of your own for a mystery Pocket Monster from another Trainer.

While you may get a buzz from the surprise of the transaction – even if it’s unlikely that you’ll ever get a really fantastic Pokémon through the feature – it seems that some less principled hackers have been causing mischief with hacked Pokémon designed to mess with the game.

It seems to be a minor issue – it isn’t corrupting save files, apparently – but it has been enough to raise some alarm among the Pokémon modding community.

Do not surprise trade guys! Please! This is an SOS. DO NOT SURPRISE TRADE! https://t.co/fqx6anGJO7February 12, 2020

Prepare for trouble! Make it double!

It’s not the best press for Game Freak, shortly after the launch of its Pokémon Home smartphone app – essentially a hub for storing and trading. But you shouldn’t run into these issues when moving your own Pokémon about, or when trading with gamers that you know and trust.

For those of you set on using Surprise Trade, the issue has been reported to Nintendo and Game Freak, and we'll likely see some resolution or action plan in the coming days, possibly with a software patch. For now, though, you might want to steer clear of the feature.