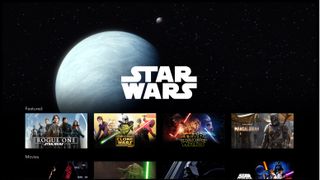 2019 is likely to be remembered as the year when Disney finally obtained all of the stones it needed to build its own infinity gauntlet. With eight of the top ten highest grossing films of the year, and most taking over $1bn at the box office, Disney’s intellectual property heft was on full display. Avengers: Endgame became the highest-grossing movie of all time, it continued to pump out high-grossing live-action remakes of its animated classics, and the Skywalker Saga reached its conclusion.

But most importantly, Disney confirmed its cultural hegemony with the launch of Disney Plus, a direct-to-consumer streaming platform that cuts out any pesky intermediaries in pursuit of delivering video content to your eyeballs. On the strength of just one new show (The Mandalorian) and an immense back catalogue, Disney still managed to sign up ten million subscribers within the first 24 hours.

But though Disney seems unbeatable now, there is one exhaust port in Disney’s Death Star: gaming.

Disney’s entire business model is oriented around owning the intellectual properties that define our childhoods. That’s how they hook you in for the endless sequels, reboots, toys and theme parks. It's weird, then, that Disney's relationship with games mostly seems to exist in a licensing capacity these days.

Disney doesn't have the same commanding stake in games that it does in other media. Nostalgia is a powerful thing for Disney: it helped sell Disney Plus and it powers the success of live-action remakes like Aladdin and The Lion King. But it doesn't own anything in games that will have the same pull in decades to come, when today's younger generations get nostalgic about the likes of Fortnite. Disney self-published console games up until May 2016, which marked the end of toys-to-life game Disney Infinity, so everything currently being made for consoles with a Disney property exists as part of a licensing agreement.

In some ways, it could be considered a weakness not to be making and selling its own big blockbusters, even if Disney's current licensing strategy has produced successful games made by the likes of Sony and EA, with Square Enix's Avengers game yet to come. Meanwhile, older titles have been re-released on every possible modern platform.

Still, there is something radical Disney could do to give it more of a foothold in games: it could turn Disney Plus into gaming platform.

2019 wasn’t just a big year for Disney. With Google Stadia, it saw the launch of the first credible streaming games platform. Though it has earned a mixed reception from players, Google has undeniably proved that the technology is now mature enough to work. The future of gaming isn’t powerful boxes under our TVs: It is server farms delivering full, triple-A gaming experiences to anything that has a screen and an internet connection.

And it just so happens that functionally this is very similar to a video streaming platform like Disney Plus – at least for the end users. Disney Plus gives the company an endpoint in millions of homes, directly connecting it to consumers. So why stick to video? Why limit ambitions to The Mandalorian and old episodes of X-Men: The Animated Series? Why not use the same app to deliver gaming experiences too?

The idea isn’t as crazy as it might sound. In 2018, Netflix debuted Bandersnatch, in which viewers could choose with paths to take on TV show with branching narratives. It was wildly successful too – perhaps pointing to a future where the lines between different types of media are blurring together.

The underlying technology for delivering streaming video and ‘real’ gaming experiences are very different: One is about delivering static video files, and one requires essentially a games console in the cloud, and a low-latency connection. But in theory, there’s no reason why the Disney Plus app couldn’t be a frontend for both.

To the end user, a game could appear on the Disney Plus interface exactly like a TV show or movie does. And most Disney Plus devices support bluetooth, so hooking up a controller wouldn’t be a problem.

In 2016 when it was planning Disney+, Disney bought a $1bn stake in streaming firm BAMTech – later increasing to a $1.58bn total controlling stake. While not as high-profile as Disney’s acquisition of Lucasfilm and Marvel, it could prove just as fateful, as it gave Disney the technological basis on which to build its new platform.

Of course, in the scenario where Disney Plus became a gaming platform, it'd require a lot of additional work.

In terms of content, though, Disney has a rich catalogue of licensed games as a potential starting point. Most recently, Jedi: Fallen Order was released on consoles and PC, which was developed by Respawn and published by EA. Next year, Marvel’s Avengers, developed by Crystal Dynamics and published by Square Enix, comes to consoles and PC. These games are not exclusive to any particular format, and are the kind of games that could get people excited about playing games through Disney Plus.

In the scenario where Disney Plus served games, Disney would likely have to go into self-publishing again to truly bulk out its offering, rather than just licensing games from third-party publishers. But it could also broker agreements for future licensed games where they come to the streaming platform as well as consoles, similar to how new games can appear on Xbox Game Pass while releasing at full-price on PS4. Disney Plus would have yet another reason to get people signing up, and a big point of differentiation from its increasing number of competitors – and these games would reach an audience of millions that wouldn't typically spend $60 on a new title.

Hell, Disney wouldn’t even need new games to start with, as it already has an extensive back catalogue of licensed titles. Imagine playing Kingdom Hearts on Disney Plus, or older Star Wars games, or Aladdin on the Genesis/Mega Drive. These games are frequently repackaged and resold on modern platforms, because people still want to play them.

A games platform would also mean Disney could – if it was feeling brave – experiment with new gaming IP so that it can find the next Fortnite. Even if Disney were to continue using third parties to develop the games, it would still maintain greater control of its brands.

For Disney, having the same kind of foothold in games as it does in movies and other media would likely be desirable. Whether it would be a good thing for consumers is a different question. Disney already has immense corporate power and mindshare: dominating gaming too would only make ‘The Mouse’ more unbeatable.

So as compelling as this might be for a big company – or even as compelling it might be for fans of Star Wars who might want all of their Star Wars content in one place on their smart TV – perhaps it is actually a good thing that Disney doesn't dominate games in the same way it does movies.

Still, this is one extra way where Disney Plus could offer the ultimate Disney experience in a single place.