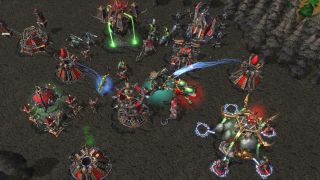 Warcraft III: Reforged has been dogged by controversy since its launch over a raft of issues, and Blizzard has now made an official announcement on the ‘feedback’ received about the game.

Feedback that includes a 0.5 out of 10 user rating on Metacritic currently, the lowest ever seen (from well over 20,000 user reviews).

In the statement posted on the official Warcraft III: Reforged forum, the company apologized thusly: “We want to say we’re sorry to those of you who didn’t have the experience you wanted, and we’d like to share our plans for what’s coming next.”

As you may have seen, major complaints about the game include the omission of features that were previously promised for Warcraft III: Reforged, leading to accusations of false advertising.

Those features include totally overhauled cut-scenes, about which Blizzard said it actually made a decision last year at BlizzCon to keep the cinematics as close to the original game as possible. Blizzard noted: “The main takeaway is that the campaigns tell one of the classic stories in Warcraft history, and we want to preserve the true spirit of Warcraft III and allow players to relive these unforgettable moments as they were (albeit rebuilt with new animations and the higher fidelity art).”

The fact that this was previously talked about at BlizzCon, however, was missed by pretty much everyone – hence the frustration.

That’s far from the biggest bugbear here, though. Warcraft III: Reforged looks rather unpolished, and suffers from a number of bugs not typical of a Blizzard product.

Blizzard said it’s testing a fix for a bug whereby the colors and shading look different from the original game when in Classic Mode with Reforged, and that more fixes will be delivered along with this in a big patch.

When will this patch arrive? Blizzard said: “We expect to release that late this week. The patch will also address many other known issues, such as fixing some portrait animations and audio bugs, implementing some UI fixes, and more.”

Probably the biggest sticking point with Reforged, however, has been that the game has interfered with the existing Warcraft III, and so has messed around even those who didn’t purchase the remaster.

So the existing Warcraft III client has fresh bugs introduced, but moreover, has had its clans, profiles, and ranked ladder system stripped away, with classic custom campaigns also ditched.

Blizzard observed: “Another area of concern we’re seeing is regarding online features such as leaderboards and clans, which applies to all Warcraft III players, including those who haven’t purchased Reforged.

“At BlizzCon we talked a lot about how the team is actively working on standing up the back-end to ensure a smooth transition to this new MMR system, much like we did with StarCraft: Remastered. As with Remastered, these and other features will be included in a major patch for Reforged, which will also address the issue for players of the original game.”

There are a lot of other complaints besides, including unfavorable changes to the EULA (licensing agreement) which have rubbed people up the wrong way.

Blizzard acknowledges in its concluding paragraph: “We know this update doesn’t address all questions, but we’re committed to the development and support of this game. We hope you’ll keep an eye out for this week’s patch and future updates and let us know what you think as we continue fine-tuning things.”