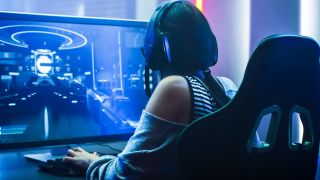 Nvidia has revealed the results of a new study which it claims proves that playing at the highest framerates possible can give gamers a big competitive advantage in online games.

According to a graph that highlights the results of the study, the kill/death ratio of a gamer is 90% better when they are playing at 180fps, versus 60fps.

According to Nvidia, “we can see there is a correlation between gamer’s average FPS and K/D ratios in PUBG and Fortnite. At 180 FPS, player’s K/D ratios are 90% better than players at 60 FPS… put in the context of FPS benefits such as animation smoothness, reduced ghosting and tearing, and lower system latency outlined in the article, the positive relationship shown in the chart makes a bit of sense.”

High framerates for the win

It won’t come as much of a surprise that gaming at 60fps is a better, and more enjoyable, experience than playing at 30fps, but what’s interesting about Nvidia’s study is that it shows that the difference between very high fps (144fps versus 240fps) continues to have a big impact on the player’s performance, rather than just offering diminishing returns.

Now, the cynics among us might point out that Nvidia has an interest in pushing this narrative due to it selling high-end graphics cards and G-Sync-enabled monitors (which offer high refresh rates capable of displaying those kind of framerates), but as PC Gamer points out, others, such as Linus Tech Tips, have also found that playing at ultra-high framerates can help improve a player’s performance.

As Nvidia found earlier in 2019, 99% of people who play battle royale games (like Fortnite and PUBG) professionally are using monitors with 144Hz refresh rates or above, with 30% using 240Hz monitors.

So, it looks like if you really do want to improve your performance in competitive games, a high-refresh rate monitor is the way to go. Thankfully, our best gaming monitors guide is full of great recommendations.