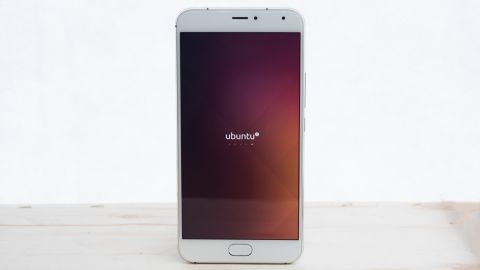 The Meizu Pro 5 Ubuntu Edition has the look of a flagship, but a lack of apps and sluggish software makes it almost impossible to recommend to all but the biggest Linux fan, especially when there's an Android version.

I was excited when the Meizu Pro 5 Ubuntu Edition arrived in the post. I quickly opened the impressive packaging, picked up the beautiful hardware and eagerly turned the phone on. Soon, I was using Linux – specifically Ubuntu – on a phone for the very first time.

The Meizu Pro 5 is also available with Android onboard, but the Ubuntu variant is far for interesting - and possibly a sign of things to come.

And at first I was kind of impressed. Gone is the usual design of phone interfaces – instead Ubuntu has a different kind of app tray, similar to the desktop version of the OS, comprised of a strip of shortcut icons that you can access by swiping in from the left of the screen.

There's Twitter on your home screen, and you can have other apps there too; I guess the idea is to give you access to the stuff you're interested in without you having to leave the home screen.

As time went on, however, I found that the appeal of the different look was overtaken by the disappointment of just how slow this phone was. But let's start with the design of the Meizu Pro 5, and look at what the hardware offers.

Like an iPhone 6S, or LG G5, the Meizu Pro 5 has brilliant build quality through and through. There's a metal case and a stylish design, including an oversized camera lens that's clearly a conscious aesthetic touch.

There's one of them fancy new USB-C sockets that you get on phones like the LG G5 and HTC 10, a headphone jack at the top, which is a good place for such a thing, and a speaker grille at the bottom.

There's a nice big home button on the front of the device, and a volume rocker and power control on the right side.

On the left is a SIM tray that can take two SIM cards, or one SIM card and a microSD card. That's a really nifty idea too, although in a phone this size I don't see why you couldn't have two SIM cards and a microSD; most people don't run dual-SIM phones in the West, though, so it's not likely to be an issue.

All in all, the hardware Meizu has on offer in the Pro 5 Ubuntu Edition is first-class. It has solid build quality, and a heft that's just about right – it's perhaps just a shade too heavy, but ultimately this is a phone that feels like a high-end flagship.