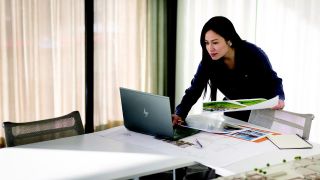 Microsoft has fixed a couple of problems that affect the October 2018 Update, namely an Intel audio driver issue, and the scarier Blue Screen of Death (BSOD) flaw which affected some HP machines.

The HP problem was with a keyboard driver, which caused the dreaded blue error screen to pop up, with some PCs becoming unresponsive, or even failing to boot, as we recently reported. This issue was actually caused by a cumulative update for the October 2018 Update, as opposed to the upgrade itself (and it also affected the April 2018 Update, for that matter).

As Wccftech reports, the fix for the BSOD issue has now been pushed out via Windows Update, so you should have it applied to your machine automatically.

If that hasn’t happened, you can always manually grab it here. Note that you’ll have to reboot your PC afterwards to apply the fix.

As for the Intel audio problem, that occurred thanks to the release of a buggy Intel driver which was errantly delivered by Windows Update, causing sound to fail on affected PCs.

Microsoft has now issued a new update to remedy this problem, and again this should be automatically piped to your machine via Windows Update.

Obviously this is good news for those who have been hit by these gremlins, of which, unfortunately, the October 2018 Update has certainly suffered a number of, including a major file deletion issue which has actually caused Microsoft to pause the rollout of the upgrade.

If you’ve encountered any hitches with the latest dollop of features for Windows 10, be sure to check out our guide on how to fix Windows 10 October 2018 Update problems.