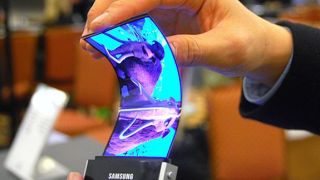 Most of the leaks around Samsung’s upcoming foldable phone have been focused on, well, the folds, but now we’re hearing some other information about the device, with the headline being that it might come with 512GB of storage.

That’s according to SamMobile, which has obtained information on the unannounced Samsung Galaxy F – a handset that’s rumored to be Samsung’s folding phone, previously known as the Samsung Galaxy X.

The site additionally claims that the Galaxy F will have dual-SIM support and that it may carry the model number SM-F900U in the US, with an SM-F900F version for Europe and an SM-F900N version for Asia. That’s worth noting as it suggests that the Samsung Galaxy F will be widely available.

Samsung is also apparently testing firmware for the phone in the US, which suggests it could be close to launch. We already know that Samsung is going to unveil the handset this year, likely at its developer conference which takes place on November 7-8, so that makes sense, though you may not be able to buy the handset until next year.

Two things are worth noting though. Firstly, as with all rumors, you should take this information with a pinch of salt.

And secondly, as SamMobile notes, we’re not yet certain that the Galaxy F is Samsung’s foldable phone. The amount of storage suggests it’s something powerful, which the foldable phone is likely to be, but Samsung is also rumoured to be working on a gaming handset and that too would be powerful.

So it’s possible that this is the gaming phone and the foldable one is sticking with the Galaxy X moniker or set to launch under another name altogether. But with Samsung’s developer conference less than a week away we may have a better idea soon.